In one video a competitor briefly carried the rifle by picking it up by the scope. In the comments someone expressed the opinion that doing that could adversely affect precision. If that were true at all, it would obviously be affected to a degree by several factors, including how much leverage was placed on the scope by where it was grasped, the thickness of the scope tube, and the weight of the rifle.

In other discussions about the question there is definitely a lack of consensus among shooters. Some believe it can’t hurt anything, but others believe it could have an adverse effect. There is even at least one leather device on the market that’s intended to be attached directly to scopes to serve as a carrying handle.

What say the group?

Flash-LB
If all the mounting hardware is tight and it's a quality scope, I fail to see how it could affect anything.
RNshooter
Bad form but I can't imagine it hurting anything other than turning a dial off its setting. I remember a story of an instructor standing in front of the class bouncing his AICS rifle on the floor and catching it by the barrel while he talked. It didn't lose zero, per the story.


"At the core of liberalism is the spoiled child — miserable, as all spoiled children are, unsatisfied, demanding, ill-disciplined, despotic and useless. Liberalism is a philosophy of sniveling brats."
-PJ O'Rourke
“It is just as difficult and dangerous to try to free a people that wants to remain servile as it is to try to enslave a people that wants to remain free."
-Niccolo Machiavelli

The trouble with fighting for human freedom is that one spends most of one's time defending scoundrels. For it is against scoundrels that oppressive laws are first aimed, and oppression must be stopped at the beginning if it is to be stopped at all. -Mencken

fritz
In many steel matches it's called "suitcase carry".

Quality scopes are built to take a lot of punishment, and mounts should be up to the same task. In theory, suitcase carry shouldn't cause issues for alignment. But if one lifts a heavy rifle while grabbing onto the scope quite close to the objective lens, then there's a lot of unnecessary torque being placed on the scope tube. Over time, who knows how much that torque affects point of aim. For an NRL/PRS/steel match shooter, the number of potential suitcase carries could be 100-200 in a big weekend match. I won't move or carry a rifle that way.

From a competition standpoint, suitcase carry is prohibited in many matches in this region. However, I do see a few competitors who move their staged rifles a few feet here and there, while grabbing onto the scope. But if one moves the rifle from the empty-chamber/mag-out/bolt-back staging area to the general shooting location, the competitor will almost certainly get a stern warning from the RO. Do it a second time or flag someone with the muzzle during suitcase carry, and the competitor can be DQ'd right there. Pack your shit and go home.

Many match directors have zero tolerance for suitcase carry, because it's so easy to flag someone or point the muzzle in an unsafe direction. In such matches our rifle carry options are muzzle up and muzzle down. I'm fine with that.
sigfreund
Thanks for all that explanation, fritz; good to know.

kyoung
Almost all the scope bodies now a days are one piece billet 6061, they are not going to bend shift or anything else.
offgrid
does it hurt anything?

A fellow local competitor picked up his heavy rifle by his top tier scope, felt something... parallax was damaged.
sigfreund

quote:
Originally posted by offgrid:
A fellow local competitor picked up his heavy rifle by his top tier scope, felt something... parallax was damaged.

Once again: The voice of actual experience.
Thank you.

45ProCarry
It's a bad habit. Carry it by the stock. Or use a sling.
egregore

quote:
Carrying a precision rifle by the scope … 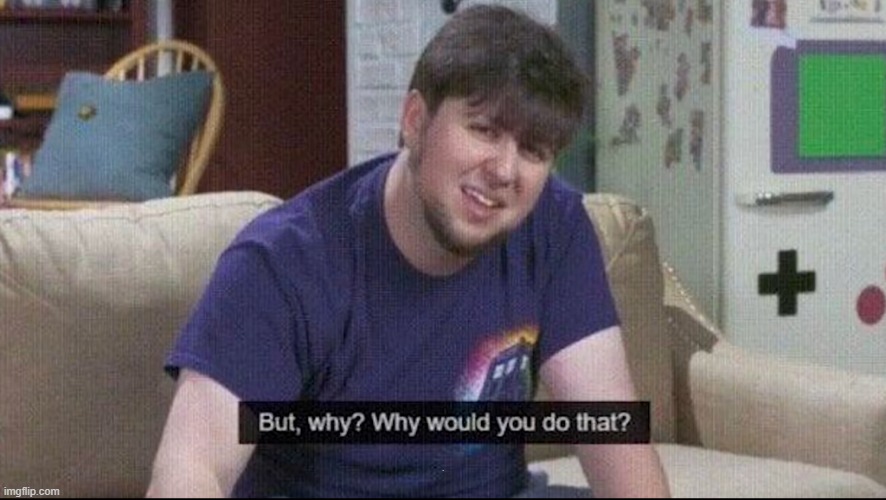 I had no idea anyone does that. It never occurred to me. It's counter-intuitive. A scope tube is small, round, slippery, has projections (the adjustments) in the middle, and unless mounted high leaves little room to get your fingers under it, whereas you can get your whole hand under the stock. And even the cheapest scope is still a precision instrument. I wouldn't use, for example, my torque wrench as a hammer or pry bar.This message has been edited. Last edited by: egregore,
sigfreund
Why?

Because it might be the most convenient way to pick up a rifle with its attached bipod (and sometimes various bag rests) and move it a short lateral distance from one shooting position to another. That sort of movement is very commonly seen in the many Internet videos of Precision Rifle Series or National Rifle League competitions. Most competitors don’t use their scopes as carrying handles for the purpose, and as fritz points out it’s disapproved of in those competitions, but it’s not unknown.

I never do it myself either, but if I felt the urge I could with some of my rifles and scopes. With some of them there is room between the rear of the scope and the stock or receiver for my hand to fit comfortably and because most scopes are wrapped with Camo Form tape, it would provide a good, nonslip grip. That tape would also permit a secure grip on the scope if I wanted to pick it up from the objective (front) end. It might be less problematic if the scope were grasped in the middle between the rings, but as you point out, that would be less convenient.

Lest we forget, the original M16 was equipped with a clearly-designated carry handle to permit the rifle to be carried that exact way, so the basic idea and practice has been around for a long time. And as another reminder, because someone asks a question about a practice does not imply that he either does it himself or that he advocates it.

DamageInc
I've seen people do it countless times at matches, usually just to move a rifle over a few feet. I can't see it doing any damage if you pick it up by the main tube near the rings, but I certainly would never pick up a 20 pound rifle by the objective. YMMV
IndianaBoy


Lest we forget, the original M16 was equipped with a clearly-designated carry handle to permit the rifle to be carried that exact way,

Actually that 'carry handle' was originally designed as a shroud to protect the charging handle which was located on top of the receiver.

It was left that way because the rear sight was designed into it and the machinery was already made to create the raw forgings that way.

Early doctrine forbade carrying the rifle that way, as it was slower to employ.

gearhounds
^^^^
This. I tell people all the time on the range that the upper receiver is not a carry handle.

“We have put together, I think, the most extensive and and inclusive voter fraud organization in the history of American politics.”- Joe Biden

quote:
Originally posted by kyoung:
Almost all the scope bodies now a days are one piece billet 6061, they are not going to bend shift or anything else.

That's quite the generalization. I know some riflescope makers who use a better grade of aluminum, better suited for riflescopes. Also, many, if not most makers extrude the aluminum to shape the objective bell and so on. A few actually machine the whole thing from a billet and eschew the extrusion; this makes for a much stronger riflescope body.
Xer0
Stupid I'm-old trivia.. The original m-16 toy rifle that came packaged with the GI Joe Doll with the Kung Fu grip (fuzzy felt hair GI Joe) had the charging handle inside handle pattern M16. I remember I always had trouble trying to get GI Joe's trigger finger through the space between the charging handle and carry handle for the "carrying" pose and wondered as a kid why there was a upside down "trigger" there!
sigfreund
Thanks for the history; interesting as always.

However, and not to flog a deceased equine, regardless of how it started, in common and technical use later it was indeed known and used as a carrying handle as described in the Colt Operation and Unit Maintenance Instructions (see below). It is also labeled as a carrying handle in my FM 23-9, Rifle, 5.56-MM, M16A1, dated March 1970. Or search for “carry handle” on a site like Brownells for countless other examples.

As for how it was used, I often saw soldiers in Vietnam and later using it for the purpose; not, of course, in combat, but in other, more common situations. In fact, more than once I personally saw two or three rifles being carried in one hand with their carrying handles in situations when soldiers were being rotated through training and qualifications when the rifles were maintained at a central depot and issued out for the limited purpose. But of course all those soldiers (including me, on occasion) didn’t have any latter day experts to teach us otherwise, so perhaps we can be excused.

Ironically, although the removeable separate part that can be clamped to the top of receivers is still known as a carrying handle, there is less room in the slot and therefore that type is less useful for the purpose. pedropcola
I understand the intellectual exercise but I struggle with the idea that anyone would pick up a precision, expensive, heavy rifle by its most fragile portion. Ever. Even for a lateral couple feet. This reeks of negative reinforcement. You might do it a hundred times with zero issue but on 101 you shift something internally and your whole match is ruined.

Seems like a huge downside potential for what at best is an inconsequential gain.

At least now I know the proper term for that thing on an AR though. Lol
Perception
Can it? Maybe. I don't think we will ever see anything other than some anecdotal evidence either way.

I wouldn't do it though. It would probably be fine, but why am I going to pick a rifle up by one of it's most precise if not fragile parts when it literally has parts it's made to be picked up by? Sometimes things happen, but I try to be careful with my equipment whenever I can.

"The people hate the lizards and the lizards rule the people."
"Odd," said Arthur, "I thought you said it was a democracy."
"I did," said Ford, "it is."
"So," said Arthur, hoping he wasn't sounding ridiculously obtuse, "why don't the people get rid of the lizards?"
"It honestly doesn't occur to them. They've all got the vote, so they all pretty much assume that the government they've voted in more or less approximates the government they want."
"You mean they actually vote for the lizards."
"Oh yes," said Ford with a shrug, "of course."
"But," said Arthur, going for the big one again, "why?"
"Because if they didn't vote for a lizard, then the wrong lizard might get in."