Since the bullet is the same on all the 124grain HST, or should be, I believe I will test about 50 of each 124 grain and probably carry the standard pressure.
sigfreund
When I see references to firing some minimum number of rounds with a carry gun, my first question is Why? What are you trying to determine?

But to address your specific question, there probably will be differences, most likely in point of bullet impact and felt recoil. Both POI differences and recoil probably won’t be hugely different, though, and don’t require more than a few rounds of each type of ammunition to check.

When I got this result with my P365 and its carry ammunition at 25 yards, my thought was, “Yup; good enough.” 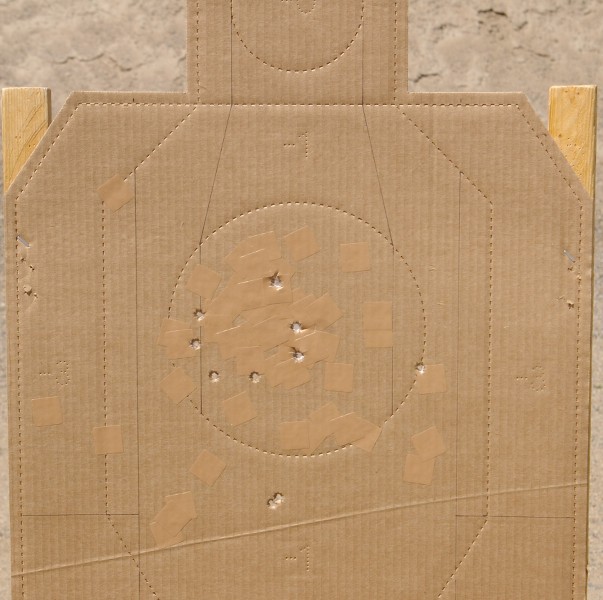 More important, though, is the question of reliability. I suspect they will all work fine, but that’s not something we should assume.

If, however, reliability is your question, I don’t believe it’s necessary to check more than the functioning of the gun with the magazines you intend to rely on for defensive purposes. Out of the box mechanical defects of a new gun usually manifest themselves within a couple of hundred rounds, and that doesn’t have to be checked with premium carry ammunition.

sns3guppy
I'm a proponent of firing the pistol as much as you can, or can afford. That said, with premium carry ammunition, most of us can't afford to do a lot of that presently, and that's assuming we can find it in the first place.

Rounds with the largest frontal area widest hollow point mouth, for example), and the longest cartridge overall length, tend to be the ones that might be most likely to cause problems. Shorter rounds (typically 115 grain and 124 grain) are more likely to feed better.

I haven't really found anything that the P365 doesn't cycle. It's been consistent with everything I've shot through it, which is just about every commercial load, and a lot of my reloads. In fact, I think the only hiccups were my fault, and my reload.

If you're firing something really hopped up, I'd make sure that cycles first, and it's a good idea to make sure your magazines will consistently feed.

Someone here recently mentioned that they don't carry a clean sidearm; they always make sure they've put ammunition through it after it's been cleaned and reassembled, to verify function. I can't fault that thinking.
parabellum
Of the three cartridges you named, I'd say you don't want to use the +P. I find the +P loading of the HST to be slightly stouter in recoil than the Speer Gold Dot 124 +P. I don't think you would care for it in a small pistol such as your SIG.

Of the remaining two choices, either will serve you well, but my choice would be the 147 grain load, which is a real pussycat. Recoil is milder than the 124 grain HST standard pressure.

There was a time, many years ago when the 147 grain hollowpoints starting appearing for the 9x19, that they were considered a joke at the least, and at most, might get you killed due to terminal ineffectiveness Those days are long gone.

"In the entire history of mankind, there has never been a political elite sincerely concerned about the well-being of regular people. What makes any of us think that it is different now?" - Christine Anderson, Member of the European Parliament for Germany

TR
iron chef
There's a YouTuber who tested 40 different ammo to see which ones did best out of a 3" barrel 9mm. I believe he used a Sig P938 for his testing. You can criticize his testing methodology as being relevant or not to real world application, but at least his he kept his methodology very consistent.

His favorite SD ammo for short-barrel 9mm were:

His channel: https://www.youtube.com/user/S...ingTheBull410/videos
Oat_Action_Man
FWIW, Targetsportsusa.com currently has 124gr and the 150gr micro HST loadings in stock. Only the 20 round "civilian" boxes, but they are in stock. They also have the 50 round "LE" boxes with regularity; just sign up for a notification.

Personally, I carry the 124gr HST in my pistols (but they're not micro guns) and use the 147gr HST in my 8" MPX. I would be happy carrying 147gr in my pistols, but the supply I have is dedicated to the longer barrel where the heavier bullet's performance envelope won't be affected by the greater velocity from an 8" barrel (see Luckygunner's testing video).

sigfreund
To each his own and I’d never try to convince anyone to rely on ammunition they’re not comfortable shooting. Control and therefore accuracy is more important than variations in projectile power. If one has access to small quantities for testing, though, it doesn’t hurt to at least try for oneself. Even with my arthritic hands I carry 124 grain +P Gold Dot in my P365 because I want all the advantage I can get with such a small gun and don’t have any problems shooting it as well as lower powered loads.

The first 10 rounds of that load fired at 15 yards in my first range session with that gun. 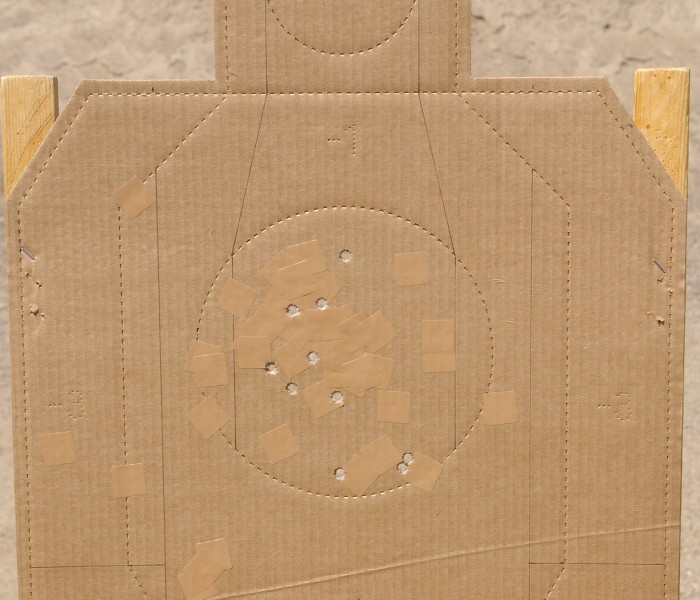 copaup
147 gr HST is my go to in 9mm. Easy shooting load that feeds well in all my 9s, is accurate, does very well in testing, and doesn't seem to be severely affected by short barrels. When I'm on the clock my 365 is loaded with 124gr Gold Dot, but if I'm on my own time all my 9mm is HST.
pulicords
My first choice for the P365 which I typically carry was the standard pressure 147 grain HST 9mm offering from Federal. I said 'was', because I did a head to head comparison with the Winchester standard pressure 147 grain "T" series Ranger ammo and found the later to be even lighter recoiling, with less muzzle flash than the Federal offering. I don't believe there any serious difference between these two rounds downrange performance and still keep a good supply of the Federal ammo on hand, but IMHO the Winchester defensive rounds are easier to shoot accurately and for that reason are my "Go To" choice.


"I'm not fluent in the language of violence, but I know enough to get around in places where it's spoken."