This is something I like about this place. This post prompted a search and some new knowledge. Not the first time here.
Elk Hunter

quote:
John O. Brennan
✔
@JohnBrennan
On MSNBC tonight, I mistakenly said Trump wrote note, released by House yesterday, saying “get Zelensky to announce Biden investigation.” It was written by Les Parnas, who told Rachel Maddow today in explosive interview everything he did was known & directed by Giuliani & Trump.

Also remarkable that the former head of an intelligence agency seems incapable of attributing evidence correctly or even getting the names of witnesses correct. Incompetent or just sloppy and lazy?

All of the above, plus crooked as a snake with a belly ache!!

I suspect that from his position he gathered more than enough dirt on a LOT of important people. 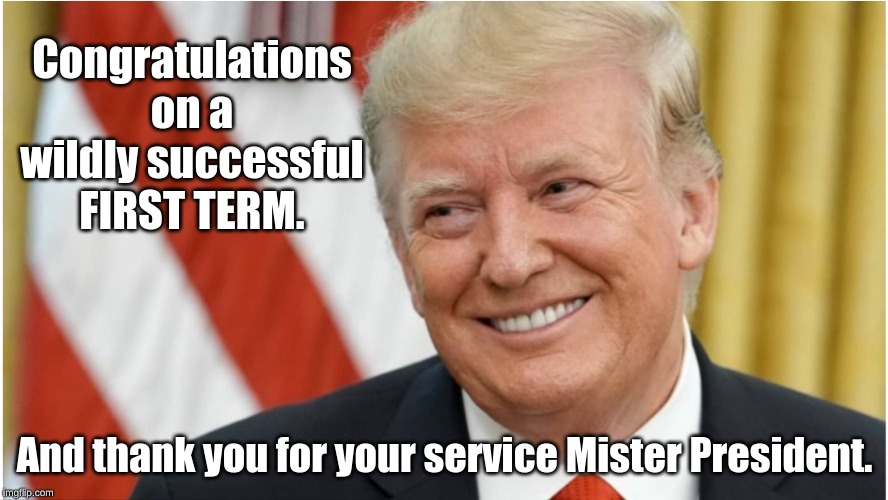 Yes sir. With how President Trump has been treated and with the goings on in Virginia, my antenna are going to be up permanently now. I’m not only going to put money behind my words but will be working for the local RNC office this election cycle.

ss9961
Are we in year 4 now? Time flies when you’re winning so much.
rat2306
Almost time to wrap this thread up, and begin The Trump Presidency: Year IV. P.S. Mr. President, I promise to send a check in reply to your next mailing to me.

P220 Smudge
And so begins the fourth year of his Presidency, which everyone on the left assured us would never happen. Keep it up Mr. President! We’re not tired of winning yet!

nhracecraft
Definitely NOT Tired of Winning!

quote:
Originally posted by nhracecraft:
Definitely NOT Tired of Winning!

I thought it might be possible, but I doubt it now.