SIGforum
p229R-22 firing pin locating pin damage
This topic can be found at:
https://sigforum.com/eve/forums/a/tpc/f/150601935/m/3750083384
chengpu42
p229R-22 firing pin locating pin damage
I purchased a used .22lr p229 (229R-22-BAS) I am guessing it is the version that's sold as a complete gun and can be converted to a 9mm. It is possible that it was a 9mm p229 that had the 22lr conversion slide added (it didn't come with a 9mm slide). I am not sure how you can tell which one you get when its used. The first trip to the range it was having issues with light primer strikes. It was taking 2 to 4 strikes to ignite. I had 5 different ammo brands and all had the same issue. Pushing on the rear of the firing pin it felt very mushy/crunchy and sometimes it would stick for a brief second and then release. When i punched out the locating pin this is what i saw 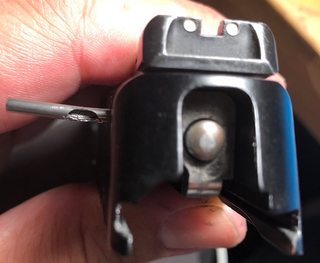 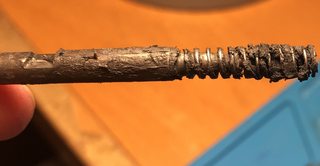 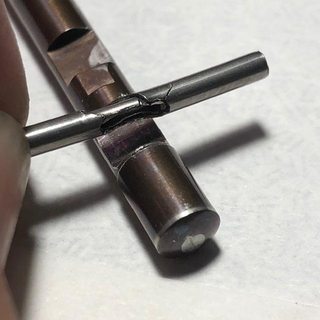 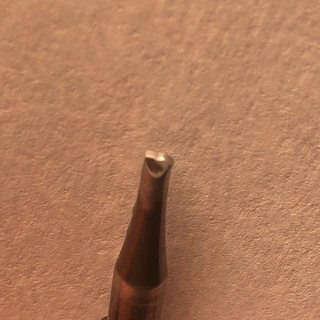 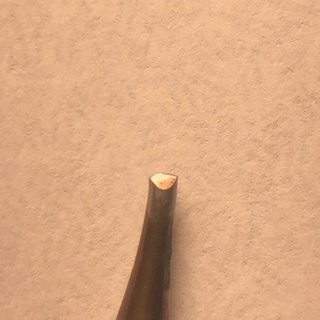 It also appears the firing pin has been striking the face of the barrel block and has put a nice divot in it. I would assume this is responsible for the wear on the firing pin head. One thing I don't like about the mags on this gun is no last round hold open which causes unintentional dry fires. 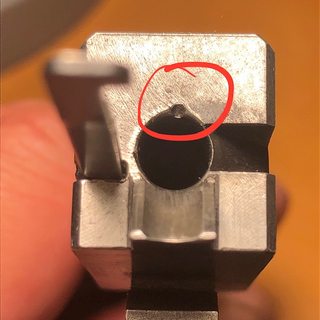 4) Is the divot on the barrel face a safety issue?

5) I messaged Sig about parts as most of the .22 slide parts are discontinued and are impossible to find online. I did go to the hardware and found a steel roll pin that I was able to sand down to proper size and length. Would that be ok to use? My concern would be that if the firing pin does make contact with the locating pin a steel pin might damage the firing pin. The stock locating pin appears to be steel also.

If its possible to replace the damaged parts locating pin, firing pin, and maybe the barrel (if needed) I want to prevent the same thing from happening again because the parts are so hard to find. Judging by how filthy the internals of the gun are I would assume its been fired a lot and that's what responsible for the locating pin wear.

Thanks
GaryBF
It's obvious to me that the previous owner was dry firing the gun without using a snap cap or piece of spent brass-a definite no-no, especially with a .22. It also appears that he oiled or greased the firing pin channel, also a no-no.

Don't worry about the ding in the breech face. If any of the divot protrudes into the chamber, just clean it up with a small needle file.

Damage to the firing pin positioning pin is likely due to the improper dry firing. Either get a new pin or reposition it to present an undamaged face to the firing pin. We have seen damaged or broken FPPPs before, so not a big surprise.