quote:
Originally posted by Green Highlander:
Vegas (the one with Dennis Quaid)

Life on Mars.. Yes. I couldn't remember the name of that one. I enjoyed it

the UK original version is 2 seasons, and available in the US on DVD, and 100000000x's better than the US version,

the follow up series, Ashes to Ashes is 3 seasons, and unfortunately not available in the US,

Gene Genie is the bomb


"We're all travelers in this world. From the sweet grass to the packing house. Birth 'til death. We travel between the eternities."

For some odd reason, I always thought that series lasted 2 seasons. Love some Bruce Campbell.
Blackmore

quote:
Originally posted by mttaylor1066:
Keen Eddie again... I've bought the entire season DVDs twice...as I lent them to someone and never saw them again.

DVDs don't capture the show as well since they cheaped out and didn't buy the rights to the original music.

And of course, Miss Moneypenny.


Gene Genie is the bomb


We often meet our destiny on the road we took to avoid it.

Anubismp
Firefly and Almost Human for sure
ggile
For me, the most recent, according to rumors, would be "The Brave". Good show!

"The problems we face today exist because the people who work for a living are outnumbered by those who vote for a living."

The first few episodes of that show, especially the pilot was great. Despite doing well in the ratings the network screwed over production for the last half of the season, and quality suffered (with a decline in ratings) leading up to it's cancellation.

"War is the remedy that our enemies have chosen, and I say let us give them all they want." - William Tecumseh Sherman


“You can have peace. Or you can have freedom. Don't ever count on having both at once.”
- Robert Heinlein

PASig
This one only lasted as a miniseries that was supposed to become a regular series but I thought they'd give it a couple years as a series, sadly never happened:


amals
Then Came Bronson. Michael Parks wandering around on his custom-built motorcycle.
eTripper
T.H.E. Cat, starring Robert Loggia 1966-1967. For those who've never seen, nor heard of it. Loggia is a former high-wire, circus performer. Along with being a retired, notorious jewel-thief. Thomas Hewitt Edward Cat; in the series, [being totally reformed] he now works as a skilled bodyguard, and a police-consultant for R. G. Armstrong, the local police captain. Most of the episodes, are filmed at night, to add to the show's stealthy-vibe. T.H.E. Cat frequents a local jazz venue, known as the Casa del Gato owned by his best friend; a Gypsy, named Pepe [Robert Carricart]. A lot of the action centers around the hip club. Many of the episodes; featured future stars like Robert Duval, William Daniels, and Henry Darrow. Series had a great early score penned by none-other, than Lalo Schifrin. 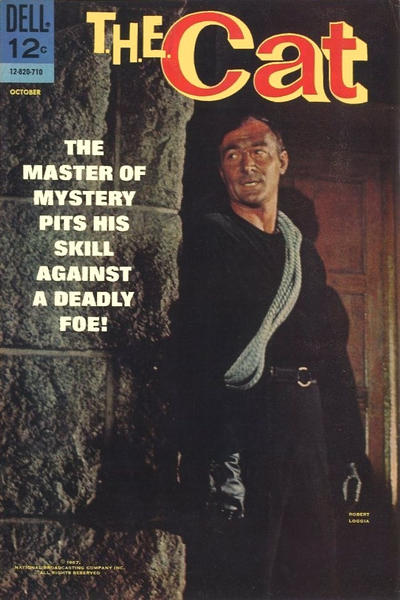 "We're after men - and I wish to God I was with them. The next time you make a mistake, I'm going to ride off and let you die." - Deke Thornton, - The Wild Bunch

That show only lasted a year? I could swear it went longer, and I still remember the theme song. For those who never heard it, or don't connect with it, enjoy:

"We're after men - and I wish to God I was with them. The next time you make a mistake, I'm going to ride off and let you die." - Deke Thornton, - The Wild Bunch

quote:
Originally posted by rat2306:
I'm an old goat, and not much of a TV watcher these days; but to go back to the 80's..."Police Squad!" Lasted half a season.

Was that the show with Leslie Nielsen? It was like a prequel to the Naked Gun movies.
cth1974
Yet another vote for Firefly.

There was a sitcom back in ‘99 or ‘00 called Stark Raving Mad, with Tony Shaloub and Neil Patrick Harris. I remember it was funny, and I was let down that it only had one season.
Broadside
Key West
Copper (that actually went two seasons)
Black92LX
Can’t believe no one has mentioned Journeyman
I am pretty sure the pulled it without finishing the 1st season.

quote:
Originally posted by PASig:
This one only lasted as a miniseries that was supposed to become a regular series but I thought they'd give it a couple years as a series, sadly never happened:

Yep. I thought it was great and had multiple opportunities for the storyline to continue.

zoom6zoom
don't know how I could have forgotten Earth 2.

I have my own style of humor. I call it Snarkasm.