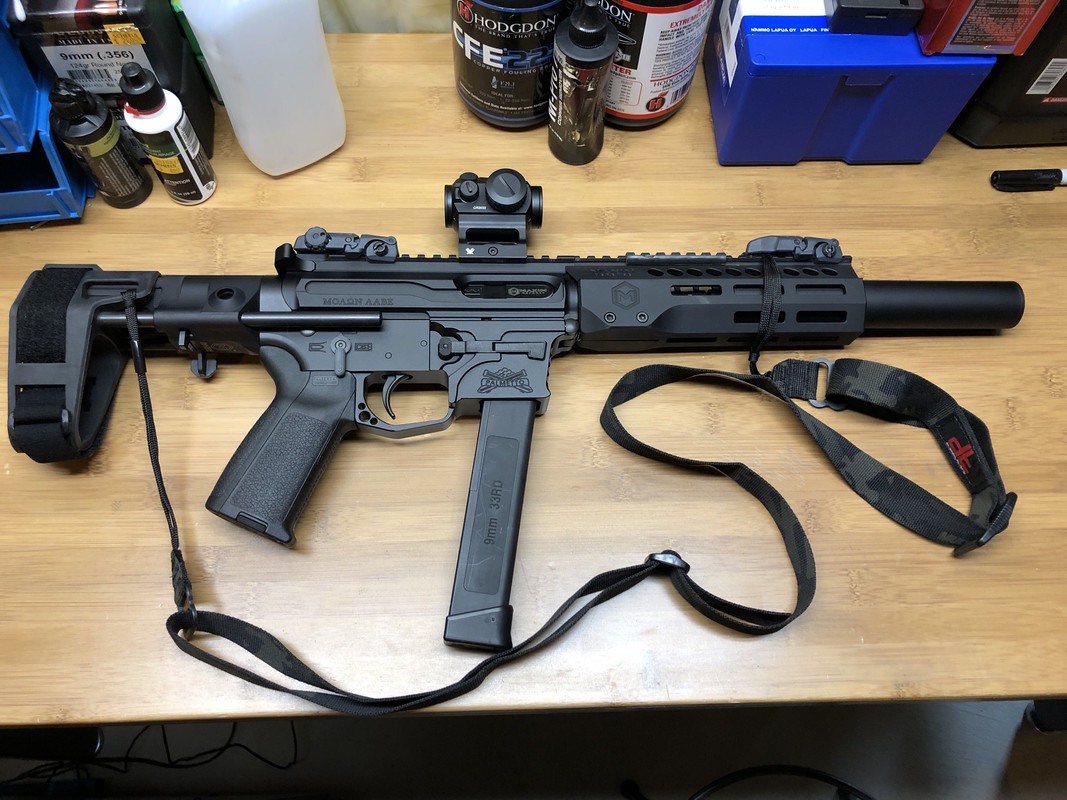 Pull the trigger and the gun goes bang. ejects the spent casing and loads the next round. Does not reset the trigger for another shot. then you have to pull the charging which ejects an unfired round and always resets the trigger. So basically its a bold action weapon. fire one, charge it, fire it. load 10 rounds to fire 5.

Any assistance would be greatly appreciated...
hrcjon
hammer bolt compatibility issue is the most likely cause. This is the dark side of 9mm AR's that deviate from pure colt pattern. Guessing you have ramped bolt and 9mm hammer but there are other combinations that do the same thing. Do you have the ability to swap some parts to confirm? Easiest is the hammer. But if not post a picture of the bottom side of the bolt and the hammer and we can guess. But its not black and white. Example Geissle 2stage triggers will run with my JPE bolt but the single stage ones with just the tiny, tiny different shape will not.
You can also check that the trigger is assembled correctly (does it pass a normal function check without the upper), sometimes disconnector spring wrong can mimic this.

Edited to add, when I was working with JPE on my issue they sent me this link from RRA...
https://www.rockriverarms.com/...pdfs/RRA_940Conv.pdf

Another thing to look at. After you've fired a shot tip the upper up and check the position of the hammer. I suppose it's remotely possible that the hammer isn't being caught at all and is following the bolt forward and remaining uncocked.
Merc50
I agree with 357p239, check the disconnector.

I built a PSA AR9 pistol earlier this year, using their Colt-style lower and a PSA 8" upper assembly. The gun functioned fine on the first few range trips. The stock trigger was a little gritty, and I had an extra PSA polished trigger assembly on-hand, so I installed it. On the first test run it performed exactly as you describe on yours. Fire first round, eject spent case, chamber next round smoothly, but dead trigger.

Upon disassembly I discovered that the disconnector in the new trigger assembly was hanging-up, preventing the trigger from resetting. Smoothed the edges on the disconnector, lubed it up, and reinstalled. It has been working flawlessly ever since.

Without more detail on your issue, can't say for sure, but check the trigger disconnector to make sure it isn't binding. Drop in a different trigger assembly, if you have one on hand.
gw3971
swapped out triggers and all is well. Thanks guys!
gearhounds
Great- looks sharp, btw.