SIGforum
In defense of the M1 Carbine.
This topic can be found at:
http://sigforum.com/eve/forums/a/tpc/f/630601935/m/6790096854
DSgrouse
In defense of the M1 Carbine.
Years ago, As a poor man, I had several m1 carbines. One was even a (gasp) universal. I had sold off a winchester because it was the most expensive thing i owned. I did not want it to break and i just stopped shooting it for that reason. I bought a 200 dollar universal.

I was visiting my family in southern oregon. I was at the range in white city. A local range slug was wandering around mooching brass and looky looing at everyone's guns. I spent most of my time shooting my 22/45 with a 2x scope. As the day went on, the range slug kept asking me what was in the rifle case. It was getting late and I had not shot the universal yet. He saw it and immediately started telling me what a piece of shit it was. How it was a worthless cartridge, a shitty gun, even shittier clone.

I asked him to put his money where his mouth is. I bet the ass 50 bucks I could hit my 22lr spinner target at 100 yards. He agreed, gave me 3 shots, because the damn gun would be so wildly inaccurate.


I walked my 22lr spinner from 50yds to 100 while listening to how it didn't stop china's massed charge in the korean war.. set it up, walked back. loaded the rifle, stood up, took aim and plopped that 22lr spinner to the ground. Range slug goes on to tell my lucky shot, the round has no penetration abilities and it is still a shitty gun while we are walking out to the spinner.

Poof, a damn 30 caliber hole is drilled through my 22lr spinner. Now to be fair the spinner was one of them cheapies rated for 22lr only that is super thin pot metal.

The fucker never paid up. He hid in the porta poty till sunset when the range was closed.

Paul Harrell did a good vid on the M-1

Strambo
That is why I try to have my only time on an actual range be part of a training course. I can't stand these idiots wasting my time.

Th M1 carbine with a 110g soft point moving at 1900fps has excellent terminal performance. Combine that with a quick-handling carbine, 15rd magazine and for extra credit an Ultimak rail with RDS and light and it would give up nothing in practical real-world terms to an AR for home defense.

Regarding Korea, trying to hit a skinny Chinese soldier with a puffy coat at 100-200m using ball ammo that is impacting now (if you hit) at under the velocity where rifle ammo causes permanent damage in the temp. cavity...yeah the results would anecdotally not be so great as compared with the M1 Garand spitting a 147g pill at ~2700fps.

That has no bearing on the damage from a soft point across the room. It was also chosen by Jim Cirillo to use in deliberate gunfights with armed robbers.

“People have to really suffer before they can risk doing what they love.” –Chuck Palahnuik

The world's a dangerous place, we can help! http://portlandfirearmtraining.com/

RogueJSK
I would have no qualms against using a M1 Carbine as a defensive rifle. Speer Gold Dots and Hornady Critical Defense loads are available, and ballistics are similar to a .357 Magnum lever gun, only in a semiauto with a detachable magazine.

M1 Carbine were the most popular LEO patrol rifles before pistol caliber subguns and then ARs took over, with a number of them kicking around in patrol cars in the 50s/60s/70s/80s.

Here's a thread for a couple years ago where I posted some photos of modern home defense carbines, as well as some old photos of LEOs using M1 Carbines: http://sigforum.com/eve/forums...0601935/m/4130011034

quote:
Originally posted by Strambo:
Regarding Korea, trying to hit a skinny Chinese soldier with a puffy coat at 100-200m using ball ammo that is impacting now (if you hit) at under the velocity where rifle ammo causes permanent damage in the temp. cavity...yeah the results would anecdotally not be so great as compared with the M1 Garand spitting a 147g pill at ~2700fps.

You forgot "as a barely trained draftee who is scared out of your mind and hosing down the area with your M2 Carbine on full auto".

The old war stories about a Korean vet "shooting a Chinese soldier 15 times with my M1 Carbine and his winter coat deflecting or soaking up all the bullets like spitwads" are bullshit. It's been thoroughly debunked.
Whether due to the limited pistol-caliber-like range of the M1 Carbine, or the extended and often different elevation engagements in Korea, or their lack of marksmanship, or the lack of full auto controllability, or a lack of training, or the simple fact that a large percentage of soldiers in 20th century battles have been shown to simply fire towards/near the enemy as a form of posturing but not at the enemy, or all of the above, these soldiers weren't making hits on target. Period.
CPD SIG
An M1 Carbine wouldn't be my first choice, but it's on the list!

This is what a Carbine "should be", small, light, not a lot of recoil, accurate, and a bit of knock down power.

My M1 Carbine is definitely lighter than my AR.

I like shooting mine, it's a fun lil plinker. I just wish there was a wider array of rounds to choose from. Hornady has some nice choices, then there's the 110gr soft point, ball, annnnddddd that's it.

comet24
I really like my M1. I think it would work fine for HD or other situations. Lightweight, little recoil making follow up shots quick.

Because in the end, you won’t remember the time you spent working in the office or mowing your lawn. Climb that goddamn mountain. Jack Kerouac

DSgrouse
I have a Khar M1 carbine repop now. It is a great little rifle. I really enjoy it. I plan on giving it a go dear hunting this year.
fnforme
I'm a huge fan. I don't think there's ever been a more handy rifle that wasn't a .22 plinker.

They are even better with a happy switch.
P220 Smudge
I’m happy to own one and agree with everything posted so far. They got a bad rap from how they were used in Korea. As recently as a few years ago, I had some idiot Fudd RSO running his suck about how they wouldn’t penetrate frozen wool coats and how the M1 rifle on my table was a much better rifle because it would do it in one shot. He was one of those “I was a Marine Scout Sniper in Vietnam” fellas that everyone’s run into. A thankfully dying breed.

When I showed my carbine to my father, he sneered and said “what do you want one of those for? They’re junky.” I told him I didn’t care, it was a piece of WWII history that I was proud to own. He shrugged and rolled his eyes. He seemed to relent just the slightest bit when I had us go out in the back forty with some milk jugs and soda bottles filled with water with a few different rifles and pistols. It wasn’t quite what he expected.

I have other stuff that is better for the role, but I hardly consider the M1 carbine obsolete and would absolutely use it to defend the home, or hand it off to someone willing and capable of helping in a bad situation and know that it would do the job at neighborhood ranges for sure. It’s wonderful mix of potency in a lightweight, handy, fast-handling package that’s quick and easy to learn to operate.
jimmy123x

quote:
Originally posted by comet24:
I really like my M1. I think it would work fine for HD or other situations. Lightweight, little recoil making follow up shots quick.

Tipping it over, door side down would be a better option......hahahaha

The .30 caliber carbine doesn't have the ballistics of most rifles, but they're plenty adequate out to 100 yards and much better ballistics than any pistol caliber carbine. I wouldn't have any qualms against using one.
m499
Been thinking more and more about getting an M1 carbine lately... Seems like there's mostly FMJ, Soft Point and one Hornady polymer tip out there ammo-wise. Somebody needs to produce a good old-fashioned "flyin' ashtray" type load for it!

Just get the Springfield Pro...

quote:
Originally posted by m499:
Somebody needs to produce a good old-fashioned "flyin' ashtray" type load for it!

If you reload, Speer offers a 110 grain semi-jacketed hollowpoint bullet for .30 Carbine loading: 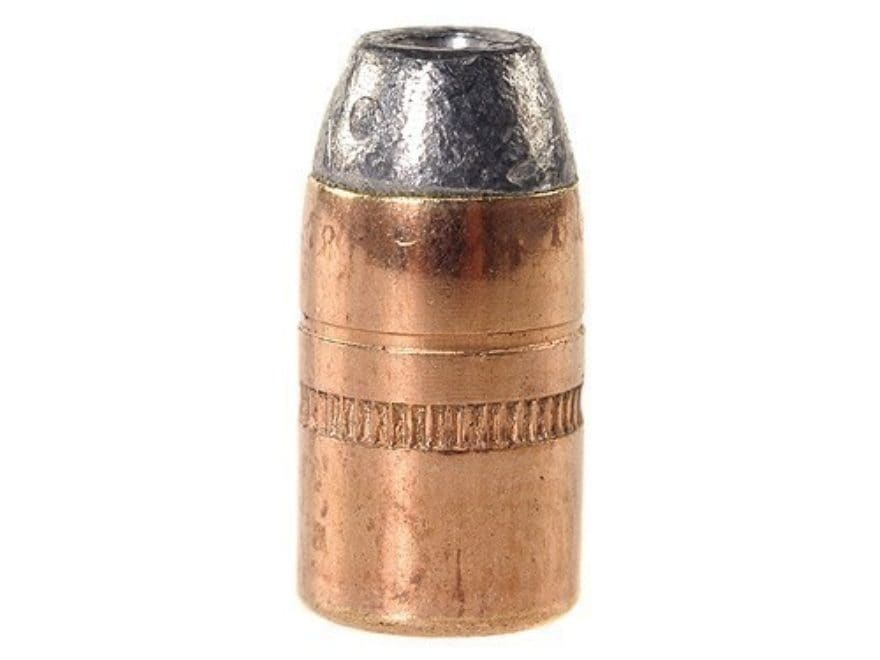 muzzleloader
I like mine, and won't sell it (sentimental attachment). It does what it was intended for pretty well. I even like it in my Dad's Blackhawk, even if a bit loud.

"The days are stacked against what we think we are." Jim Harrison

YooperSigs
An M1 was my HD gun for years. I even had "spam cans" for ammo for it.
Light, low recoil, accurate, cheap reliable magazines and effective out to 100 yards.
Like an idiot I sold it.

stylophiles
Got pulled to go to a patrol rifle instructor class later this year, and I have been struggling mightily to resist walking in with an M1 carbine and a dozen or so 15 round magazines...

quote:
Originally posted by RogueJSK:
I would have no qualms against using a M1 Carbine as a defensive rifle.

Same here - there are others I'd prefer, but I would feel ok with an M1 Carbine.
RHINOWSO

quote:
Originally posted by stylophiles:
Got pulled to go to a patrol rifle instructor class later this year, and I have been struggling mightily to resist walking in with an M1 carbine and a dozen or so 15 round magazines...


That would be AWESOME!!!!!
Oat_Action_Man
I just broke my CMP carbine down last week for the first time. I've owned it for 10+ years and never cleaned it aside from a wipe down and a patch or three down the barrel one time.

Just sorted through years of brass backlog and, judging by the 30 carbine I cleaned, I've shot at least 1500 myself uncleaned.

Not a single malfunction in the years I've had it. Not one. With no maintenance.