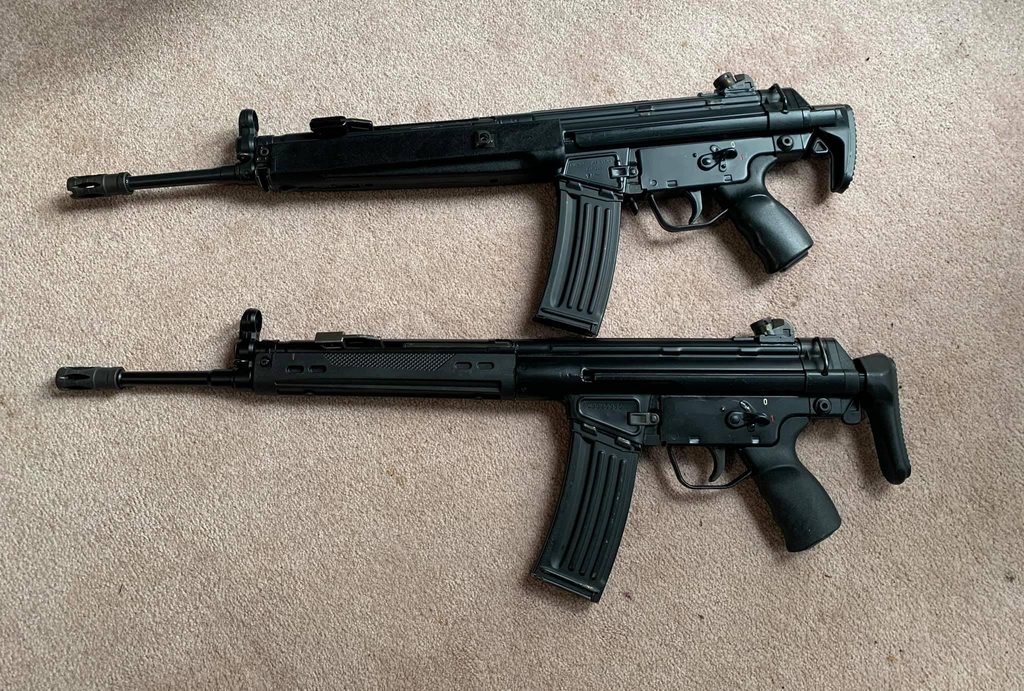 Slippery Pete
Dumped a few mags through the machine gun versions at Knob Creek over the years. Surprised me how much I liked it. My favorite of the HK stuff there.

kaschi
I bought one NIB in 1989 and foolishly sold it a couple of years later. Still regret having done so! That rifle was a tack driver. Enjoy yours and never get rid of it.
MGMAN45
Nice rifle,I bought a like new 93A3 about 20 years ago.
Opus Dei
I have one I bought used in the early-'80s. I *think* I recall going off the serial number, it's from the mid-latter '70s. It had the wide forearm and fixed buttstock.

Of all things, a friend in UK from another forum sent me one of the old-style retractable buttstocks (meat tenderizer), and I eventually got a bayonet and bipod. I bought a plastic lower and did the fake pin for S&Gs. Part of me would like to have a paddle magazine release, but I don't want to spend the money for that, as it's critical not to through-drill.
kimberkid

quote:
Originally posted by Slippery Pete:
Dumped a few mags through the machine gun versions at Knob Creek over the years. Surprised me how much I liked it. My favorite of the HK stuff there.

This is my Century. After determining its reliability is near 100% I added the HK53 hand-gaurd(it came with the shorter MP5 guard)and the HK21 charge handle, suppressor mount and Turkish 33/53 collapsible stock ... the picture must be an old one as it has a plastic 3-position grip frame as I typically have my sear or binary trigger in it ... 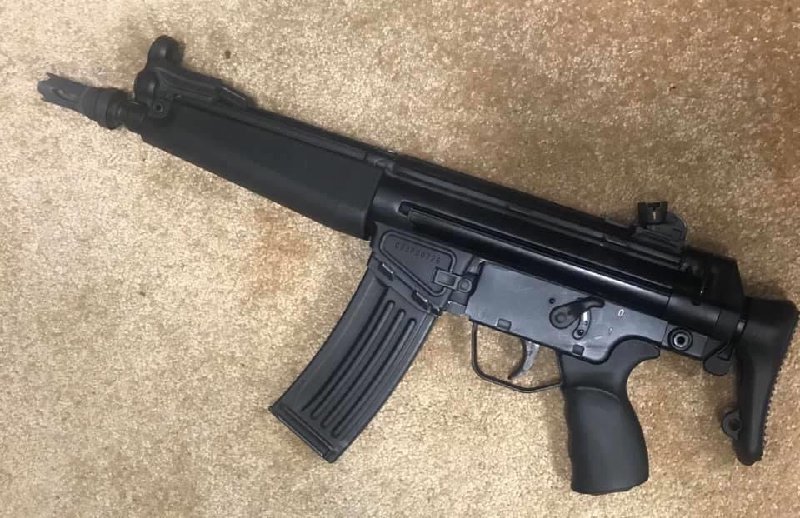 and Vector ... its actually a sand color someone painted, I couldn't get it off and bought a set of black furniture from a parts kit, but don't have a picture of that ... sometimes I like the sand, other times not ... my collapsible stock on the Vector is actually a G3 meat-tenderizer that was cut down, its much more comfortable on the 223 than the 308! 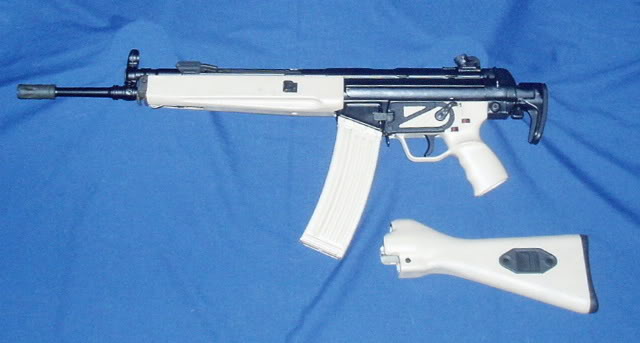 I'm really not a "kid" anymore ... but I haven't grown up yet either

BillyBonesNY
Had one back in the 80’s got married and sold off all of my semi autos.

Great rifle, but it was a bit heavy for the caliber.

I would buy another in a heartbeat!

samnev
I hate to be a wet blanket but I bought a NIB HK93 back in the late 80's iirc. Didn't like the weight compared to an AR or the sharper recoil.But the big reason I sold it it just didn't shoot 5 short 100 yard groups any where near my AR's. But it was reliable.
Chris42
Have a 93 and a 91 in my inventory right now. Think the 93 was acquired in the 80’s with original box and 3 mags. Two mags are still in the greased Saran wrapper bags in the box. Nice, smooth, reliable weapon. Simpler than any AR.

If you look at Dans pics, one butt stock has a broader pad on it. THIS is what you want to find. Think it was for the HK21, but it is a SOFT rubber that makes the weapon a whole new toy. Night and day difference, maybe even more radical than that. RTG gun parts probably still carries them. Easy to swap and easily reversible if you want to go back to the brutal hard plastic butt.

Do I like my HK93? I do. It strikes me as more heavily built than any AR. Kind of like a German refinement of the AK.