SIGforum
“Relentless Warrior” match at Sig Sauer Academy
This topic can be found at:
http://sigforum.com/eve/forums/a/tpc/f/451105858/m/7600073454
feersum dreadnaught
“Relentless Warrior” match at Sig Sauer Academy
I’m looking forward to this at the end of the month. My IDPA mentor (we run the matches at our club in CT) is a USCGA grad, and we’re both going to be officiating at this match. Not sure if I’ll get to SO a stage or be a scorekeeper, either is fine. Should be a great day, and we’ll get to hang out Saturday night with the participants at an after event dinner.

The SIG SAUER Relentless Warrior Championship is the premier competitive shooting championship for America’s future military leaders. Over 100 cadets from the United States Air Force, Naval, and Coast Guard Academies, Virginia Military Institute (VMI), West Point, and Texas A&M will gather to compete against one another through a high-level skills course to be named the “Ultimate Warrior.”

Chad Barber, Match Director, and Firearms Logistic Manager, SIG SAUER Academy, began, “this year SIG SAUER is raising the bar to deliver a first-class competition for our nation’s future leaders and warriors. We have planned for an intense day of competition with a tough course of fire through six mission stages that will test the marksmanship and leadership skills of these young cadets.”

“At SIG we feel a deep sense of responsibility to the future of our nation’s military leaders and we are honored to encourage their development as marksmen and leaders through our sponsorship of this elite competition,” added Tom Taylor, Chief Marketing Officer and Executive Vice President, Commercial Sales, SIG SAUER, Inc.

feersum dreadnaught
Sig hosted a great match this weekend. ~100 participants from USMA, USNA, USAFA, USCGA, VMI, Texas A&M, and 3 mids from Kings Point that drove up and participated in one stage (no coach, no guns of their own).

I worked the "Excellence in Competition" stage - a 300 point bullseye match in the middle of a run-and-gun 3-gun match. We did the combat course, so all shooting at 25 yards. Every point down on this stage added a second to the overall match time - so I think this stage either made or ruined the day of a given competitor. High score of the day was 270 / 300 - which would be right up their in most any CMP match (I think. I've never shot one for score. But our stage director, who is also CMP director for NH, and a Distinguished Pistol Badge holder was impressed).

Sig dropped off a box of 20 M17s and magazines and provided all the M17 124gr +p FMJ for this stage. And loaned each position a nice stabilized optic to check their hits.

Sig and the NRA sponsored a very nice banquet for competitors and match staff Saturday night, highlighted by remarks from Steve Matulewicz from SigSauerAcademy (he also happens to be a retired Master Chief SEAL). I sat with a table of Midshipmen from USNA - great to see the next generation. Came away impressed as ever by SigSauerAcademy, and really enjoyed the day with both match staff and competitors.

Notable (although expected) was the perfect and consistent attention to safety by all the "kids" - not a muzzle or finger violation ever. 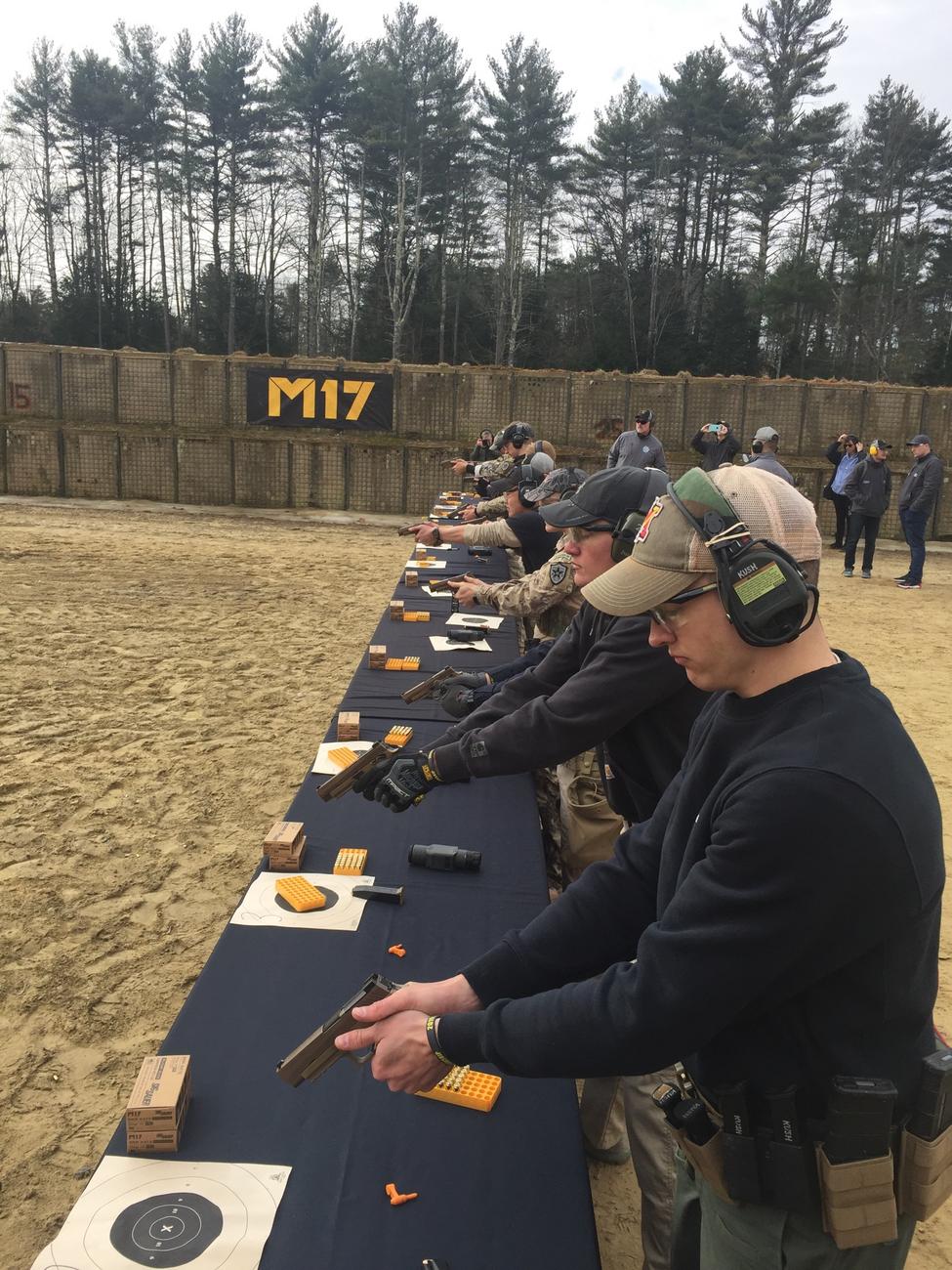 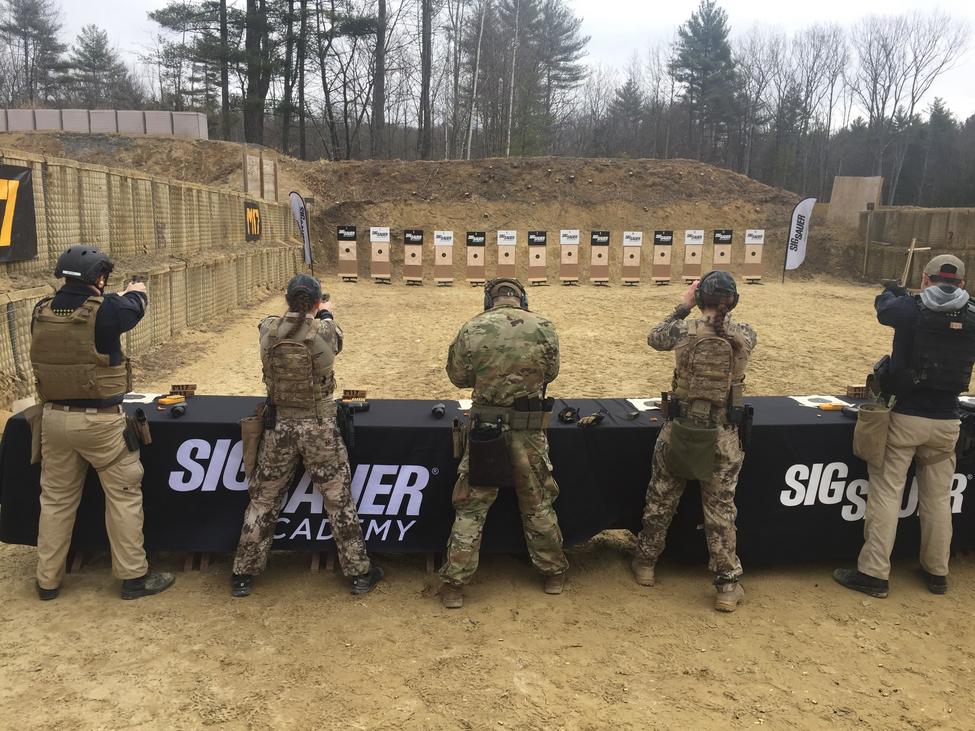 rscalzo
Well we probably had lunch together. Second year working the event. Had a great time working with the cadets but unloading and loading all that steel from GT Targets had my back complaining.