David Lee
One Member who no longer posts had 3 of these fine pistols. Two new and unfired and one which he excercised at a indoor range. I was told he was offered quite a sum for the shooter but would not sell. Hell if I know if he still owns them as he saled most all his stainless guns. I believe Para owns one of these pistols as well. If you have found one and its been cared for and, you are good with its price, snag it. They're not likely to come again.
MikeSm
The one I am looking at has a beavertal, adjustable rear sight , stainless, no rail, mag well , marked P226 S . No box . 2 mags with aluminum bottoms. Condition is very nice. I know nothing about those guns. Seller said its pre X Five. Priced at 1500.00 I think I just get it . It does look very interesting. Just very heavy. I assume standard P226 magazines will work in it. (?)
a.lol.cat

quote:
Originally posted by 12131:
It's called the Sport Stock. All stainless no rail no tail, with adjustable rear sight. Very hard to come by. Member wgsigs has one.

If it is a GB listing that I finally found after digging recognizing the way it was titled then 12131 is mistaken and it's a X5 Competition - 226X5-40-COMP. https://www.eurooptic.com/sig-...l-226X5-40-COMP.aspx I find it to be priced a bit high for a 40 gun unless you need that to shoot a specific class, the 9mm will have more wide appeal and better resale if you ever have to. Also there is the same model for $170 less, has the outside cardboard box that is generally lost, and is on it's second listing.

For some reason lately I've seen many standard P226S AR/COMP/L1 X5's be labeled Pre X-Five. I collect "Sports" so I'm constantly having to clear these out of my search results.

@ $1500 as long as the rails aren't ruined it's a good price. The X5's have come down but SSE's have been spiking to near that price and the X5 is a much much better gun than a NH produced SSE.
ensigmatic

quote:
Originally posted by a.lol.cat:
If it is a GB listing that I finally found after digging recognizing the way it was titled then 12131 is mistaken and it's a X5 Competition - 226X5-40-COMP.

The OP clearly noted the pistol he's looking at is 9mm.

"America is at that awkward stage. It's too late to work within the system,,,, but too early to shoot the bastards." -- Claire Wolfe
"If we let things terrify us, life will not be worth living." -- Seneca the Younger, Roman Stoic philosopher
"The dominant media is no more ``mainstream`` than leftists are liberals." -- me

David Lee
Only one I could find which fits the description is a 5" gun. Its slide does appear to be marked P226 S. I could not view clearly with my cell.
MikeSm
Ok. It looks like std/full size X- Five. Except: there is nothing mentioning X-Five anywhere on the gun. Just P226 S. There is no hole in the trigger ( like on current X - Five guns) and its single action only.
a.lol.cat

Edit:The only other thing it could possibly be is an Allround(AR) if it is DA/SA and they added the magwell after the fact but that's probably very unlikely. So I'm gonna go with 12131 that it is a Competition(COMP) in 9mm.
MikeSm
Its Single Action Only. I wish I knew how to post a pic.
12131

quote:
Originally posted by MikeSm:
Its Single Action Only. I wish I knew how to post a pic.

It's the X5 Competition, no doubt about it. 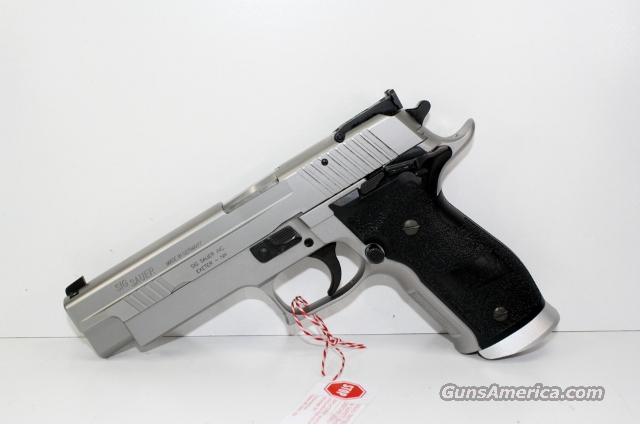 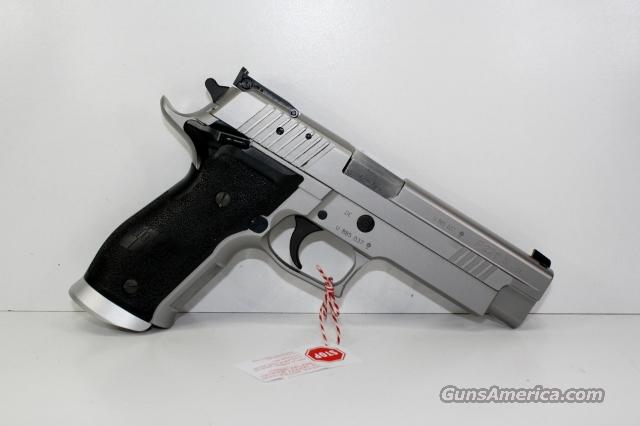 MikeSm
Yes! Looks exactly like that one. Thats the one I am looking at.
MikeSm
I will post the range results once I get it. Its definitely the one in the photo
nhracecraft

quote:
Originally posted by MikeSm:
I assume standard P226 magazines will work in it. (?)

You'd be hard pressed to find a better seller / source for Mags than GregCoteLLC....Just Sayin'

MikeSm
Called Sig , they were able to look it up. It was imported in 2006 as P226. X-five Completion. (Single Action Only). I will get it.
wgsigs
Shucks. Too late to the game. Glad the OP was able to find out which SIG he actually had. I knew it wasn't a Sport Stock when I read it had a tail.

I guess I missed my opportunity to post a picture of my Sport Stock but maybe I'll post it anyway for "comparison" sake. 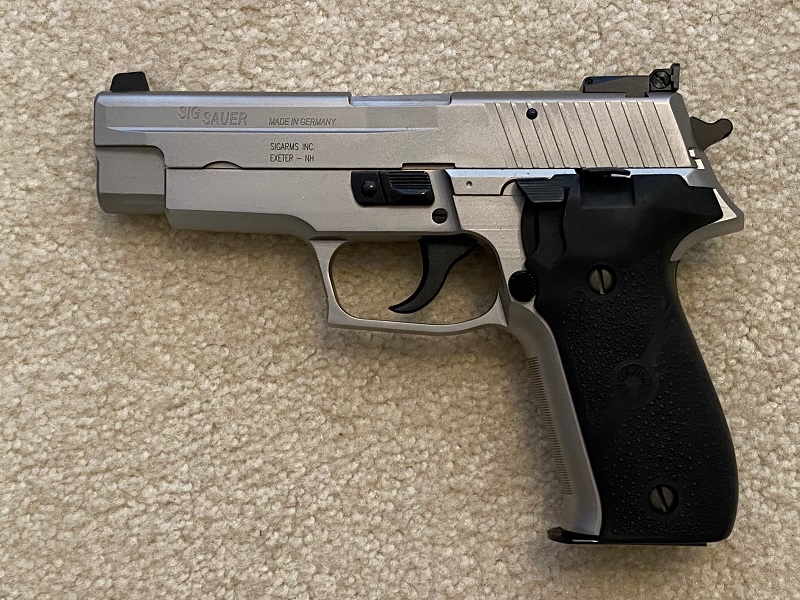 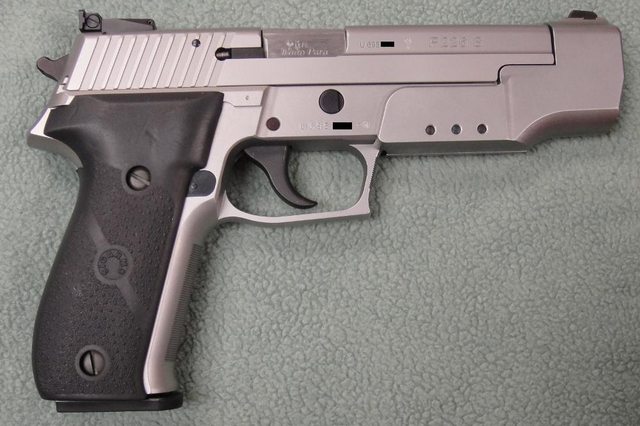