SIGforum
Griffin GP7 and YHM Resonator review
This topic can be found at:
http://sigforum.com/eve/forums/a/tpc/f/380105858/m/9560029574
old rugged cross
Griffin GP7 and YHM Resonator review
So I bought both for some .30 cal rifle applications. Budget was a big factor. As was weight. In my research both of these came up as possibilities. I posted about a dealer doing a big shoot in ND comparing virtually most of the big names. The Resonator was well rated. I do not remember if the Griffin was part of that.
That and price led me to YHM. The draw back to it was it required their muzzle device for mounting. You could choose a brake or flashider. I went the brake route.
Shortly after taking the resonator route and doing the paperwork I decided to buy the direct thread GP 7 as well. So in the mill it went. They were both about $450 with out the stamp. They were both approved after about 9 months.

I wanted to mount on big game bolt action rifles with normal profiles. This meant that I needed to have threaded 1/2x28 and then a bushing threaded on that went from the 1/2" to 5/8"x24.

So the GP 7 threads directly on to the Tikka. I just put it on hand tight.

I really like the resonator ratchet mount on the muzzle device. Very solid.

I am shooting 160gr. Nosler or Sierra Game king from the Tikka.

A Federal Fusion 180gr. in the Ruger.

I am having no drama with either. Both shot low. May range is about 85 yds. I would say both shot 8-10" low. Once I adjusted for elevation I was dead on. No windage adjustment needed for either.

Both suppressed well. My unscientific measurement was about a 50% noise reduction. I would say the Resonator did a better job of suppression. Not by a lot. But enough to notice. I do have another YHM muzzle brake that I can screw on the bushing on the Tikka so I could use the Resonator on it. But did not have time to do it when I did this test.

Weight is not a huge difference but when you add in the muzzle brake of the resonator it matters.

I am very happy with both. The direct thread application of the GP 7 is nice. But for construction and performance I would give the YHM a slight nod.

Anubismp
Nice I've been toying with the idea of picking up a resonator.
Expert308
I bought a Resonator at the end of January and got the stamp in mid-August. My first can so I'm far from an authority on it, but so far I'm liking it. The range I shoot on is usually busy so I haven't had a chance to do a with-vs-without ear pro test, but other people have told me that it quiets my guns down significantly.

YHM came out with a shorter adapter than the one that comes standard with the suppressor. It's not an option so you have to buy it separately and either stick the standard one in a drawer or re-sell it, but I went with the shorter one because it's a tad lighter in addition to being a little shorter. It uses a shorter QD mount as well, so I bought three flash hider versions of that, two in 1/2x28 for a pair of ARs and one in 5/8x24 to put on my 6.5CM match rifle (bolt gun) as soon as I get the barrel shortened and threaded. I haven't got around to that yet so I've only shot the can on the ARs.

I haven't had any issues with gas blowing back my face. One of the rifles has an adjustable gas block but I haven't had a chance to play with that yet. I do notice that the receiver gets dirtier internally and fired cases as well, but I expected that. Some gas comes out of the ejection port but none backward that I've noticed. I have BCM Gunfighter charging handles on both rifles. 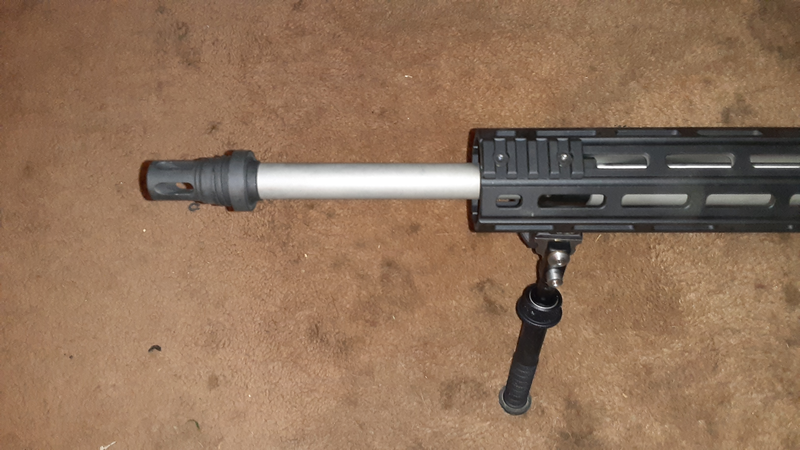 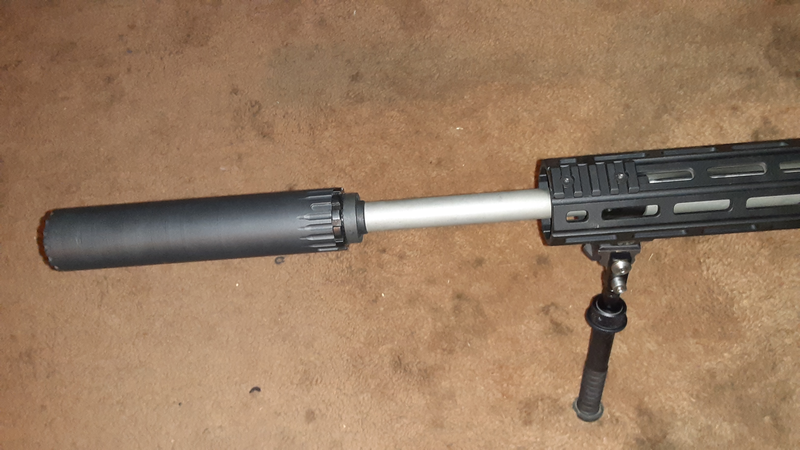 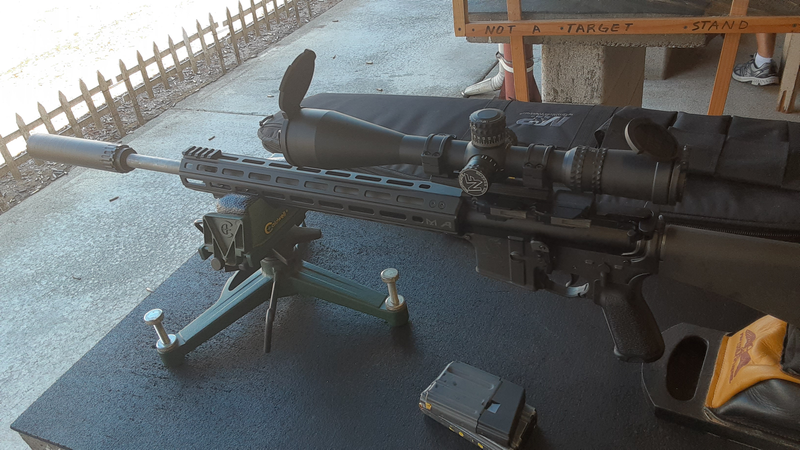 old rugged cross
Thanks for the info on the mount. I did not know that Expert308.

Expert308
OK, this is weird. I went to YHM's site to find the shorty adapter kit but they're not listing it anymore for some reason. Even a search didn't find it. Hansohn Brothers has it in stock at the moment, though. YHM's part number is YHM-3050-24A (that includes the shorty adapter that screws into the can, a 5/8-24 Mini-QD muzzle brake mount, and the shims to let you time the brake to your barrel. The kit only comes with the 5/8-24 brake. If you want a 1/2-28 brake or a flash hider in any size, you have to order that separately.
gw3971
We bought our Resonators pretty close together if i recall correctly. I am very happy with my resonator. I use it on a savage fscr in 308, an Ar10 in 6.5 CM and my Sig 553 in 300AAC.

Thanks for posting this thread as I did not know about the short mount.
old rugged cross
Thanks gw, and yes we did. Glad you like yours too. I was surprised too on the drop with the suppressor. Might of been 6" or so. But it was significant. I confirmed zero twice with it to make sure.

Expert308
I've found that the POI shift on mine varies with the load that I'm using. With one load the can drops the POI about 1.5 MOA, but virtually nothing with the other load. Same bullet weight but probably different velocities. I'm guessing the difference is due to barrel harmonics. The can doesn't measurably affect group size or velocity, only POI.
gw3971
I have a Specwar 556 that I use on a 20" AR15. It drops 5 inches low and 1 inch left. Only on this one gun. It is spot on with every other AR I have. Somethings I guess we are never meant to understand.