SIGforum
Drone Purchase Help Needed
This topic can be found at:
http://sigforum.com/eve/forums/a/tpc/f/320601935/m/7670045164
GrumpyBiker
Drone Purchase Help Needed
I’m interested in buying my first.
And my budget is $450 & that’s a pretty firm number.
I want to use it for short video clips & pics for family & friends.
Some events and mostly FB postings on my various pages.

Could someone recommend a few drones that offer the best for the money from a good company?
I don’t even know which companies are good & which are crap.


I have a few in my cart on Amazon and that’s where I plan to buy from . 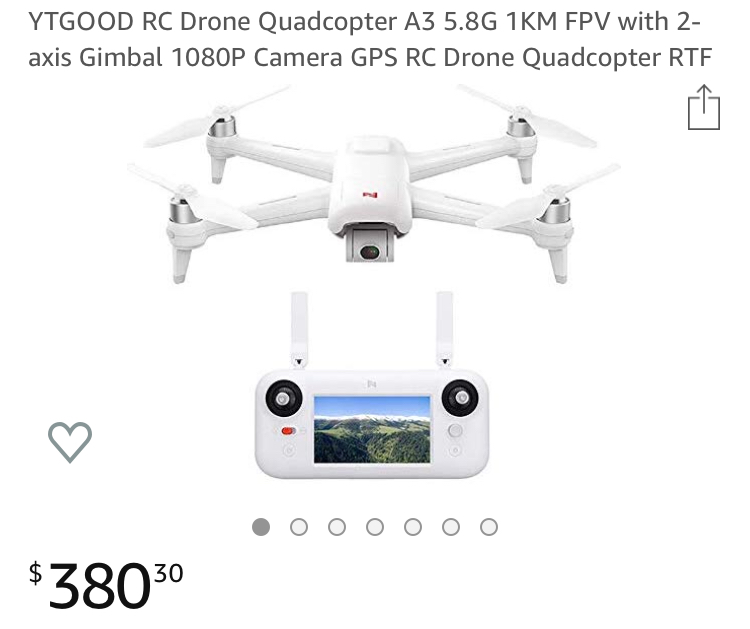 Looking hard at this but don’t know if it’s a good one.
Opinions?!?! 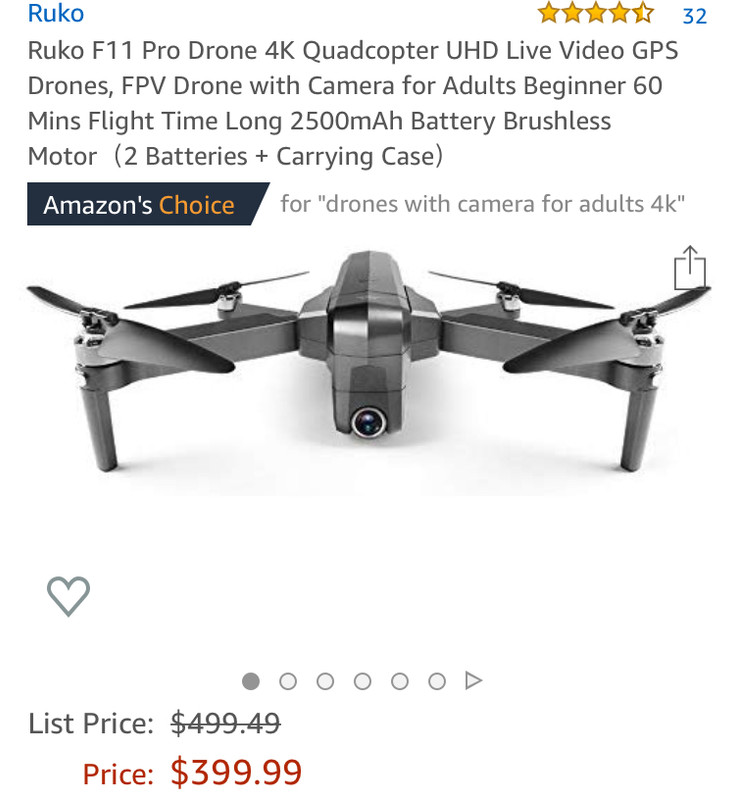 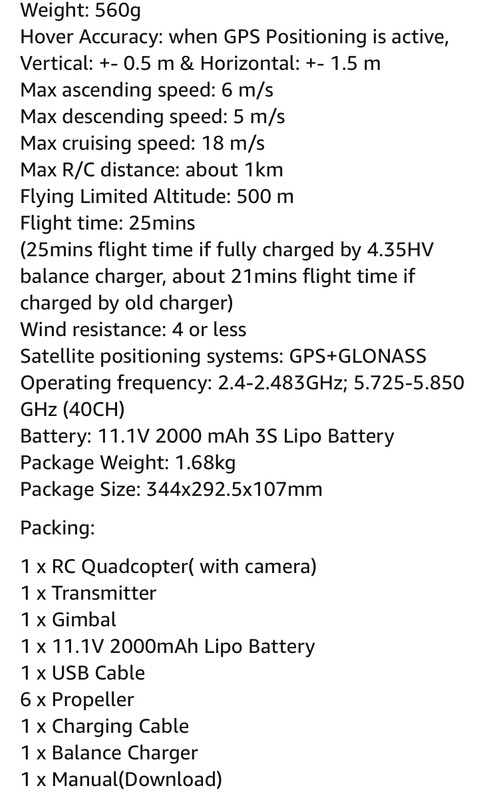 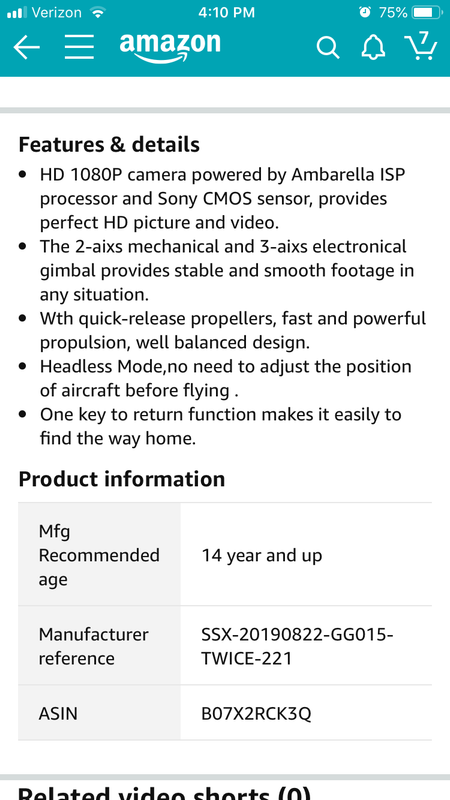 BurtonRW
The answer, IMHO, is “none of the above”.

Find yourself a gently used DJI Phantom III. It has all of the features you want and no lack of support, both factory and third party.

Super easy to learn and find parts and accessories for.

I predict that there will be many suggestions and statements about the law made here, and some of them will be spectacularly wrong. - jhe888

GrumpyBiker
Would you recommend a factory refurbished one?
I found one for $575 w/ warranty ?
Don’t even know if it’s a good deal.

brminpin
I was thinking of picking one of these up:

This guy also reviews a bunch of other drones in your price range.
jimmy123x
I agree on none of the above. DJIA is the way to go and much easier to use their dedicated controller than just your phone or tablet itself.

The DJIA mavic air is compact, folds up nicely, is small, and has one hell of a 4k camera on it. It's a little above your budget for a new one with the batteries and remote, however you might be able to find a deal on one. The owners son on one of the yachts has one, and it takes 4k video that is easily equal to what you see in a movie or on tv. It's incredibly impressive, will follow the controller up to 25 mph.....like if you want it to follow you in a boat, atv, or car...…..and is easy to fly.

Drones are like guns, I'd recommend spending a little more to get a quality one the first time around. You want the drone, the controller, a set of spare props, and 2 batteries (or more depending on your usage).
GrumpyBiker
No one recommending the DJI Spark ?
Is refurbished for a Phantom better way to go than a new Spark ?

quote:
Originally posted by GrumpyBiker:
No one recommending the DJI Spark ?
Is refurbished for a Phantom better way to go than a new Spark ?

CHECK your email. I just sent you 2 videos the owner's son took in the Exumus, Bahamas with a mavic air.

I only am familiar with the phantom 4, which is one hell of a machine but fairly large, and a mavic air, which took the 2 videos I sent you. The mavic air is a great little machine and easy to travel with. I think the wind might blow the spark around a bit due to it's size, but I don't know....….
AllenInWV
Grumpy, I have a DJI Phantom 4 I'll let you have for under your budget. I haven't flown it in.....geez, over a year. Not even sure when I last updated the software. If you want, we could meet somewhere and fiddle with it. See if you want one. It has a hard case, extra batteries, extra props, filters for the camera, longer range antenna, etc.

"He is no fool who gives what he cannot keep to gain that which he cannot lose."
- Jim Elliot

quote:
Originally posted by BurtonRW:
The answer, IMHO, is “none of the above”.

What Rob said ^^^. Even though I am currently fighting with DJI over a malfunctioning Mavic 2 Zoom ... their drones are the best of the bunch.
I am a Part 107 commercial pilot, and fly assignments for ad agencies, real estate companies, etc. on a weekly basis.

A Phantom 3 (Advanced or Pro model ... skip the Standard one) is easy to learn to fly, especially using the "Beginner Mode" that limits how far away the drone can go from you, limits how high it can go, until you get more comfortable.
Very stable, uses both GPS and Glonass satellites for positioning.
Your budget is right on what used P3 Pros are selling for on eBay lately. Get a second (even a third) battery and have fun.
1s1k

quote:
Originally posted by GrumpyBiker:
No one recommending the DJI Spark ?
Is refurbished for a Phantom better way to go than a new Spark ?

I would personally get a Spark before a Phantom. I have had tons of different drones and the drones that fold up save so much room and make transport 10x easier.

I currently have a Mavic Pro 2 and will never go to a non-foldable drone again.

Just keep in mind you will also want at least two batteries so keep that in mind.

Forget what I said and just jump on AllenInWV's deal, you aren't going to do any better than that. 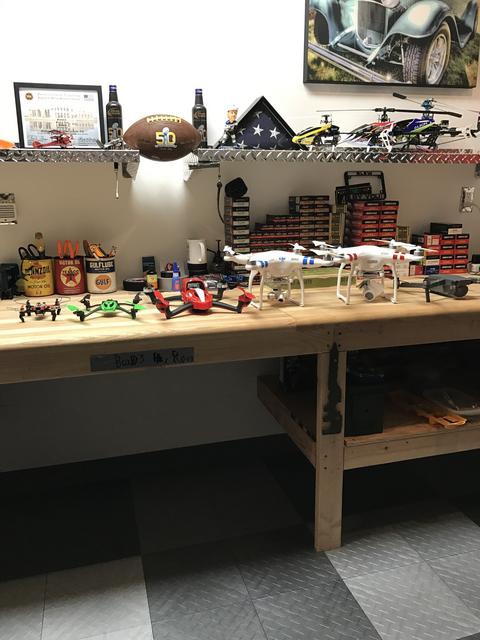 quote:
Originally posted by AllenInWV:
Grumpy, I have a DJI Phantom 4 I'll let you have for under your budget. I haven't flown it in.....geez, over a year. Not even sure when I last updated the software. If you want, we could meet somewhere and fiddle with it. See if you want one. It has a hard case, extra batteries, extra props, filters for the camera, longer range antenna, etc.

That's one hell of a deal. If Grumpy doesn't want it, I'm interested in buying it.
GrumpyBiker
I just sent Allen an email

I found a Spark w/ the Fly More pack for $560.
Just really didn’t want to spend all that on a first drone that I may not use much.
So yeah, Allen’s offer sounds very appealing.

ftttu
I'm another one for DJI. They are the top by a long shot. There is competition out there like Autel and Yuneec, but you just can't beat DJI.

Other drones fly and take video, but DJI just does it better.

Sparks is entry level, but a good step up is the Mavic Air. I have a Phantom 4 and a Mavic Pro, but I recommend newer models.

Also, I personally don't like flying drones just to fly - that got old fast. I send my drones on pre-programmed video missions with the use of the Litchi app. Unless there has been a recent change, I only know of Litchi working with DJI drones only.

Andyb
DJI is the gold standard and there really isn't another manufacture that is on their level.

The range is pretty limited on the Spark.

I own a Spark, Mavic, and Inspire 2.
I was disappointed in the Spark.

Go Mavic and don't look back.

The Phantom 4 from Allen would be a fine option as well.


"Pickin' stones and pullin' teats is a hard way to make a living. But, sure as God's got sandals, it beats fightin' dudes with treasure trails."

"We've been tricked, we've been backstabbed, and we've been quite possibly, bamboozled."

Aeteocles
DJI Mavic Air. The Spark is little more than a toy.
aileron
I own a DJI Phantom 3 Pro and a Mavic 2; suggest you find a used Phantom.
gw3971
The DJI spark is great. I take mine everywhere. I throw it in my pack when I go fishing. It shoots 1080p and not 4k which is fine for most of us. I have flown it in the high Uintah's at over 11000 feet above sea level with out issues. It has a top speed around 28mph. The battery lasts around 13 minutes and that is plenty of time to film what ever you want to film several times over.

I use mine when fishing to scout rivers, high mountain lakes and take pics of my dog running around and being a dog. I love my Spark! I have several friends who also have Sparks and higher end drones like the Mavic pro and it seems the Spark almost always makes the trip. Sometimes easier is better.

I have a spark and it is great and its a lot more than a toy.

Here are some pics i have taken with my Spark. 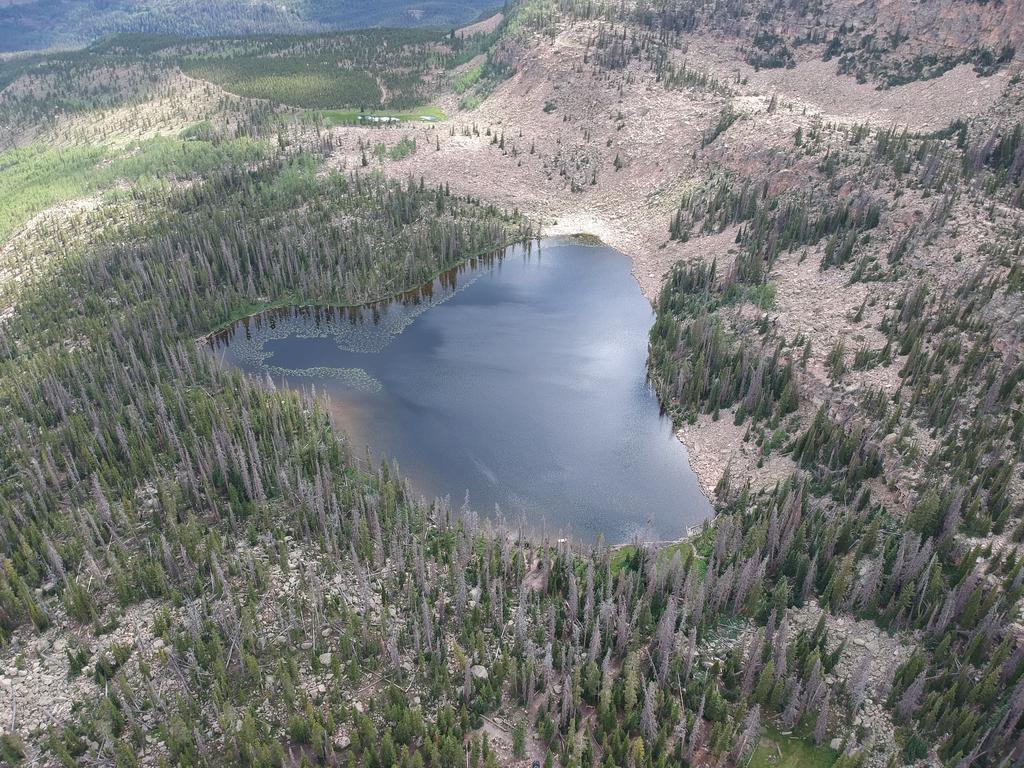 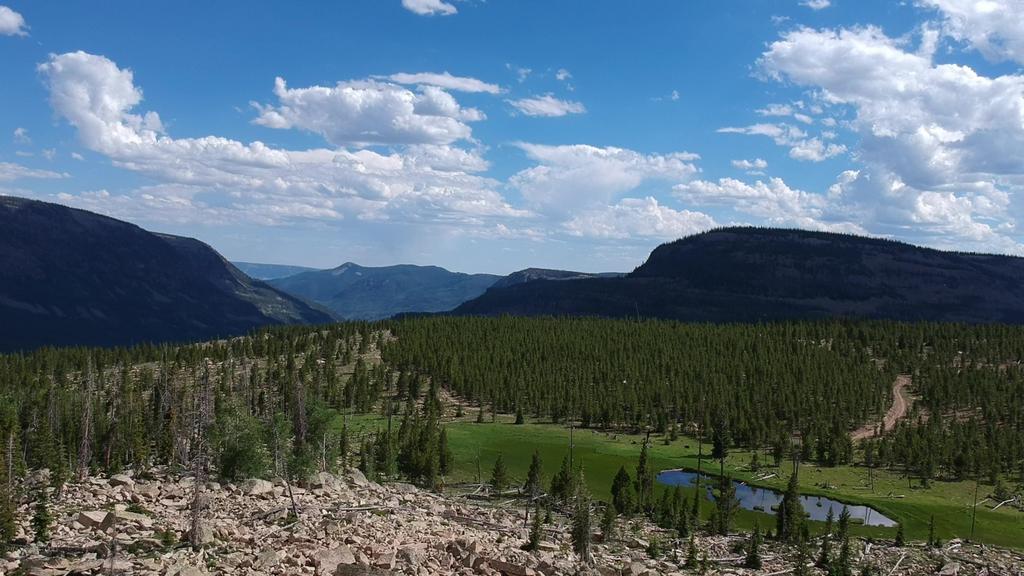 open chase bank near me 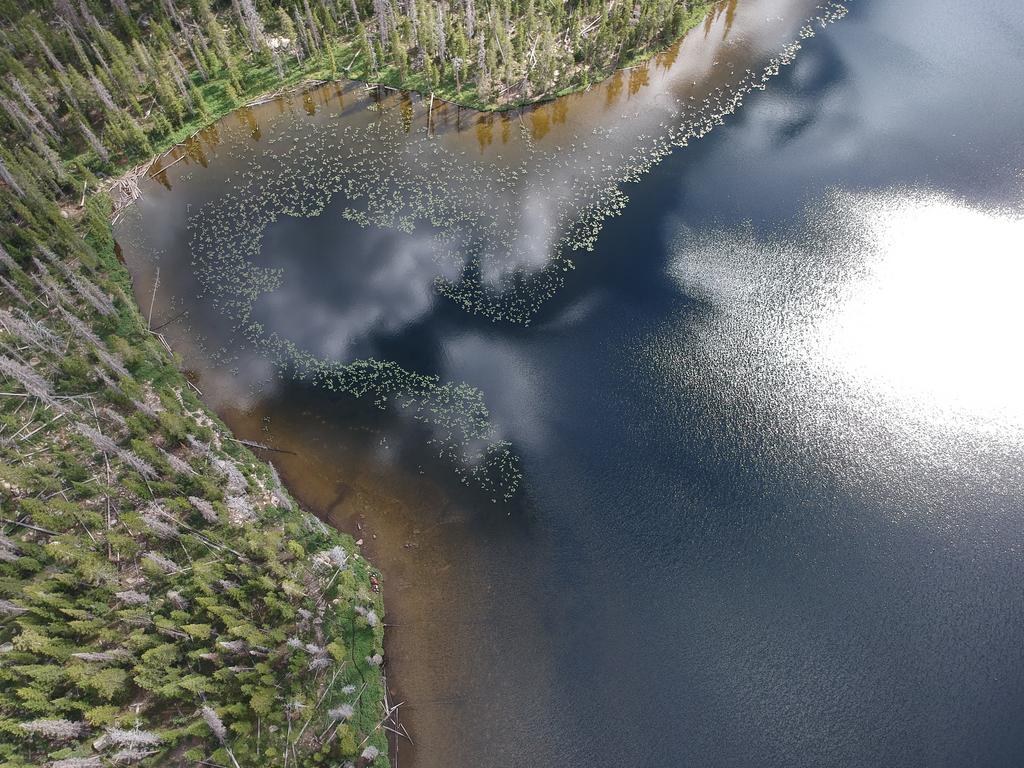 lopezp
Double check your Walmart for theb
Spark. They have been selling them randomly for $199 the past 2 weeks or so.
BurtonRW
I bought my Phantom III because I wanted my first drone to be easy to learn to fly without breaking the bank because I didn't know how much I'd use it.

The Phantom III fit the bill. It has all of the "autopilot" features that are now standard and I got a pretty good deal on fleabay a couple of years ago for $425 with a bunch of spare parts and bought an extra battery. There seem to be fewer Phantom IIIs than there were then, but it made more sense to me at the time than spending more than 2x the money on the brand new Mavic, which was sexy as hell, but I was sure I might crash or land in a tree somewhere.

No regrets at all, but I certainly do want to upgrade to a Mavic now that I'm confident in my ability to fly the thing safely.

I still think it's a good move to learn with a Phantom, then upgrade when/if you want to and can afford it.

I predict that there will be many suggestions and statements about the law made here, and some of them will be spectacularly wrong. - jhe888

pbramlett
Funny story. A friend of mine bought a drone from China / alibaba online and got it home. It was a "fancy" one and had all the right specs he claimed.

He was flying it around and hit the "home" button. Well, off it went never to be found again. I told him I bet it started its voyage back to China.

Not happy was he!