At work, I very rarely hear somebody say "I saw him yesterday." It is always "I seen him yesterday." Why would anybody use the past-participle of "to see" without the helping verb? It is being used as past-simple, so why use "seen"?

There is a difference. The simple-past indicates that a singular event happened in the past. You saw somebody yesterday. One time. "I saw Avengers: End Game yesterday." You use the past participle when you want to indicate past-perfect, or that something happened at an undetermined time in the past. "Have you seen this movie?" "Yes, I have seen it before." Or if you wish to denote something in the past that continues into the present. "Did you see that cool truck?" "Yes, I have seen it around town from time to time."

I can understand people who like to use a subject pronoun instead of an object. "Would you like to go to dinner with Marge and I?" I think people believe this incorrect usage makes them sound sophisticated. But using the past participle instead of the simple past will never make you sound classy.

It's starting to wear on me because I been hearing it all day, everyday.

On a mote of dust, suspended in a sunbeam.

quote:
Grammear rant. What is wrong with simple past-tense?

Johnny 3eagles
Can you borrow me some money? I seen you had some.

Sigfan Roy
How do you feel about use versus usage?

Seems to be all the rage lately.
sigcrazy7

quote:
Grammear rant. What is wrong with simple past-tense?

What? My spell check is broken?? How did I ever make it through college on a typewriter? Spellcheck makes it difficult to even try sometimes.


On a mote of dust, suspended in a sunbeam.

ffips
I have seen a lot of things for sell instead of for sale.

I also don't understand why some people stand on line instead of in line. Everybody likes to shop online.

One thing my non southern ears have noticed here in Georgia is there seems to be a disconnect on when to use is instead of are. That said, it seems like that one is spreading to other parts too.

Deteriorating educations?
V-Tail
A business traveler arrived at Boston's Logan airport. He had to rush to make his flight, missed lunch, and was hungry. He had heard about a Boston favorite fish meal that he wanted to try, so he got into a taxi to go to a restaurant and said, "Take me to a good place to get scrod."

The cab driver, who was a Harvard student working part time to pick up some extra money, replied, "I have had that request many times, but never in the past pluperfect subjunctive."


A mind is a terrible thing.

tk13
Also the use of "done" instead of "did". "I seen that he done it."
1967Goat
Honestly, I think it may be ignorance. Their parents probably never corrected them when they were using word incorrectly. My boys are 7 & 8, so I get plenty of practice in correcting them. My boys will not grow up to sound like neanderthals, but it's a constant struggle.

The current issue is "much" versus "many". For some reason they constantly use much, when they should use many. It does get tiring constantly correcting them.
ZSMICHAEL

quote:
The current issue is "much" versus "many". For some reason they constantly use much, when they should use many. It does get tiring constantly correcting them.

One of my best friends does this. I once tried to tell him it's incorrect usage. He wouldn't hear it. One of these days I'll marshal my arguments, from authoritative sources, of course, and try again

"America is at that awkward stage. It's too late to work within the system,,,, but too early to shoot the bastards." -- Claire Wolfe
The dominant media is no more "mainstream" than leftists are liberals.


"I seen him yesterday."

That just sounds so lower-class and uneducated to me whenever I hear it.


"I seen him yesterday."

That just sounds so lower-class and uneducated to me whenever I hear it.


“Necessity is the plea for every infringement of human freedom. It is the argument of tyrants; it is the creed of slaves.“
Wm Pitt

HRK
smack em in the head, that should learn em.

SigM4
I work in a mostly blue-collar environment where this is very much the norm. At a certain point I gave up trying to subtly inject correct grammar, it was an effort in futility and only served to garner some strange looks. I mostly just grin and bear it, but yes, I subtract points for it.


Success always occurs in private, and failure in full view.

Inusuit
Guys, grammer is a losing battle. Similar to table manners and basic consideration for others. No one under 50 seems to get it.
sjtill
My wife apparently was highly impressed when, on meeting my mother for the first time, I did not correct her when she said "I seen...". Nor did I complain or make excuses later.
Some things are more important than grammar.

quote:
Originally posted by Inusuit:
Guys, grammer is a losing battle. Similar to table manners and basic consideration for others. No one under 50 seems to get it. 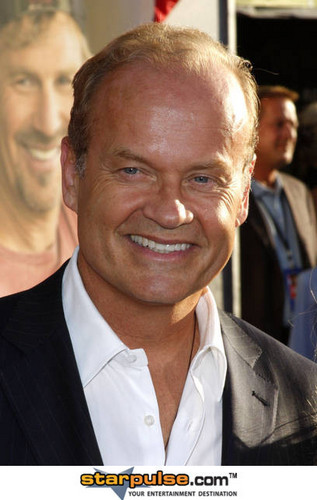 Aquabird
Its worse when people use a double negative. Happens more often around here.