SIGforum
End of boxing
This topic can be found at:
http://sigforum.com/eve/forums/a/tpc/f/230601935/m/5270046674
armedmd
End of boxing
Last night I caught a couple of rounds of boxing on ESPN. A rematch in which the title was on the line again. The referee called an accidental clash of heads which reportedly led to swelling of the right eye for one fighter. It seemed odd as there wasn’t a typical reaction that’s seen with a clash of heads. After the second round the fight was stopped and ruled a no contest by the referee as 4 rounds hadn’t been completed. The announcers all questioned the ruling as they hadn’t seen a clash of heads. However this bout was in Las Vegas Nevada which allows instant replay and has an instant replay official at ringside. After 28 minutes and multiple replays of the fight no clash of heads could be seen but the Nevada State Athletic Commission maintained the ruling and allowed the decision to stand which prevented the true winner from regaining his championship belt.
When I was younger I worked as a ringside physician and initially enjoyed it. I learned a lot about the sport and the scoring system etc. When I first started that role I would occasionally feel the judges missed one. Over the years this became more common and was a contributing factor for me to stop working as a ringside physician. It’s disgusting to see someone who has worked hard in training to achieve a goal, appear to achieve the goal, and then have it taken away by supposed unbiased judges. I believe this is part of the reason boxing’s numbers have decreased over the years and given way to MMA. I guess I shouldn’t be surprised though as it seems more and more things are “rigged” or “fixed” these days. Regardless I’ll not watch another boxing show held in Nevada if I even watch many more regardless. Hopefully the promoters see this problem and avoid putting on shows in Nevada in the future. Since sports betting is legal everywhere they can find a lot of different venues to host shows and hopefully have a legitimate state athletic commission to work with. End rant. I just hate people being robbed.

Graniteguy
I stopped watching boxing for the same reasons and transitioned over to following MMA/UFC. However, boxing matches have been fixed/rigged for decades. (the furthest back I can remember was the Leonard/Hagler decision back in the 80's)
smschulz
I used to LOVE boxing.
I watched it religiously until the nineties sometime.
Watched Tyson come up as a young strong punk.
And yeah all the Ali Frazier Forman Holmes era too.
Somewhere when they made four or five bodies that had a champ it lost favor with me.
It use to be a really BIG deal in America and now it is just another thing.

kramden
Personally I have lost interest in ALL professional sports. Absolutely unlikeable personalities. Politics has found it's way in and I'm done.
Denny220
In the city of one arm bandits Moloney was literally robbed.
sigfreund
Interesting observation.
I have never followed boxing, but I do recall a conversation in the early 1980s with a friend’s wife whose brother was a professional boxer. She complained that he had never progressed very far due to rigged bouts/decisions. I have always wondered about the business since.

To argue with a man who has renounced his reason is like giving medicine to the dead.
— Thomas Paine

armedmd
I’ve grown accustomed to close decisions always going to the hometown guy but this was a nationally televised, state sanctioned world title fight that everyone but a blind person could see and the blind people received a pretty good description from the announcers. I’m just in awe of the blatant disregard for the brazenness to rob a fighter in front of millions of fans with multiple angles of high quality video but I guess nothing should surprise me in 2020.

quote:
Personally I have lost interest in ALL professional sports.

The afternoon knows what the morning never suspected.
-- Robert Frost

bobandmikako
I watch a lot of boxing, both pro and amateur. I boxed growing up, and it's probably my favorite sport. With that said, bad decisions like the Franco-Maloney 2 fight last week, too many sanctioning bodies, and even too many "championship" belts within those sanctioning bodies are ruining the sport. Very rarely do you actually have the best fighting the best anymore, and even when you have a good match up, there's always the chance that the outcome isn't even really decided by the fighters. That fiasco last Saturday couldn't possibly have been an honest mistake. There was money involved for sure. I still won't stop watching boxing as long as there are still high-quality boxers in the sport, but I have stopped buying Pay-Per-View events. Thankfully, the main card last week was on regular ESPN since the co-main event was ruined by the referee and judges (Franco-Maloney 2), and the main event was a blowout (Crawford-Brook).

TMats
Still shaking my head over that one. Watching to see Bud Crawford, and he didn’t disappoint. Seems to be a decent human being too.

quote:
Originally posted by kramden:
Personally I have lost interest in ALL professional sports. Absolutely unlikeable personalities. Politics has found it's way in and I'm done.

Politics was the last straw.
To me it is when the money took over that has pushed me away mostly.
I am a Capitalist but it is tiresome when ALL they talk about is the money and not the sport itself.
I'm all for making as much as you can but now what has happened is the transition of the Pro has gone from the guy next door doing good that you could relate to a worship of a God.
As an innocent kid I lived and breathed sports of every kind and the only thing on my mind then was the playing of the game.
Not any more the evolution of business has transformed into something that diminishes the fun.

Now for me it's just down to Golf and yes the $$$ is emphasized too much but at least you HAVE to perform not just get paid for being there.
Georgeair
Nah, it's on the way BACK man! Crazy Mike about to get back in ring at 54..... 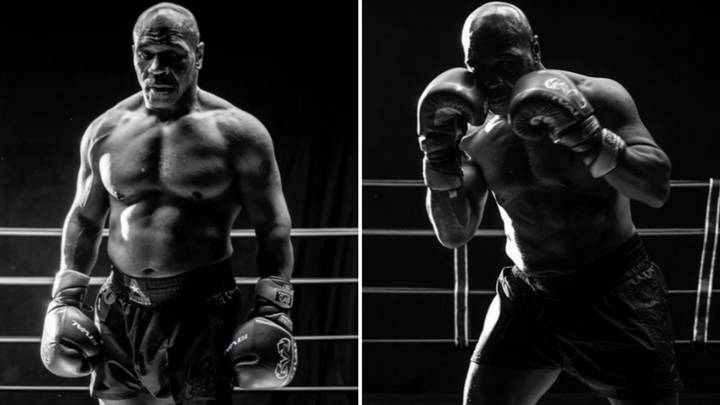 You only have integrity once. - imprezaguy02

maxdog
As I understand boxing, points are used to tabulate wins. Boxers gain points by hitting the other guy. Even a light tap is a point. I’ve seen fighters declared winners who look like they’ve been beaten senseless while the loser looks untouched because he delivered punches that were hard punches but numbered less than the winner who delivered more ineffective light taps.

Why don’t they take off points for lack of aggression? Remember “rope a dope”? Ali, the tactician backed against the ropes and let his opponent wail away as the rope acted as a shock absorber which wore out the opponent and absorbed the blows. Great tactic, but Ali was essentially not fighting. Imho Ali shoulda been warned and then declared loser for refusing to actively engage.

It was a great tactical move by Ali and within the rules, but rules that allow such detract from the sport.

I’m tried of seeing winners who delivered ineffective blows but are almost beat senseless while the loser delivered effective but fewer blows.

The guy who delivers harder but fewer punches loses unless he is able to knock out his opponent.

I understand that’s it would be hard to quantify punch effectiveness, but sometimes it’s ridiculous when the winner has been beat almost senseless and the loser looks untouched and fresh.
Ace31
Don King was the start of the downfall. UFC was the crucifixion blow.
YellowJacket

quote:
Originally posted by Ace31:
Don King was the start of the downfall. UFC was the crucifixion blow.

Boxing has long had the spectrum of fixed fights around it. The scoring is too nebulous for most people to follow it. The networks have tried to have their own guys score the fight and give updates throughout the fight to help but judges still do a lot of unexplainable things.

For me, someone who loves boxing, I have to kind of divorce myself from who is declared the winner and just enjoy the fight. I don't have a lot of rooting interest out there anyways... at least none to get too worked up over it they "lose."


I'm gonna vote for the funniest frog with the loudest croak on the highest log.

NK402
For someone who grew up in the days of Marciano, Floyd Patterson, Ali, Joe Frazier and later Tyson, this MMA stuff looks ridiculous. Two guys throwing mostly ineffectual kicks at each other and sometimes ending up wrestling around on the floor. Remember when you could ask anyone on the street to name the heavyweight champion and 9 times out of 10, they could do it? Try that today.
sjtill
Growing up in the 50’s, I was a bookworm, but even I always knew who the heavyweight champ was.

The problem with MMA judges is that exactly none of them have ever done MMA themselves and they have to know 3 different disciplines (actually much more) were they might have done one of them in their entire lifetime.

Striking, BJJ and wrestling.
Graniteguy
1s1k is spot on - MMA judges are horrible.

Fortunately there are a variety of ways a fighter can avoid the scoring of incompetent judges. The last time I checked 50% of all UFC matches end in either a knockout or submission. The fighters know this - and sometimes I think it leads to more exciting action in the final round as neither competitor wants to be victimized by the scoring.